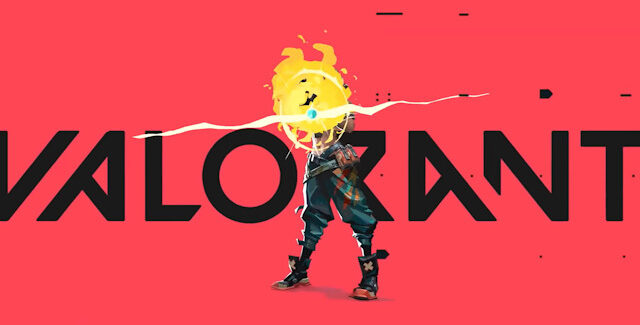 Here we will show you how to unlock all Valorant codes with a cheats list that’s valid for the PC title (where available).

Cheating is made difficult with the game running anti-cheat software, Vanguard, which runs on a kernel driver at PC startup. Which allows access to your PC, but Riot Games has said that the driver does not send any info back to them even going as far as to set a cash reward for anyone who can prove differently. Despite the controversy, it does work and during the beta in May alone over 10,000 cheaters were banned according to anti-cheat engineer Phillip Koskinas.

Find out how you can do a Triple Rocket Boost with Raze in Valorant:

Why settle for a double rocket jump? This new Triple Rocket Boost with Raze shows you can boost across the map with great distance and speed. Try out this is insane speed trick for yourself. It lets you fly higher than Jett!

Note: Valorant Patch 1.0 only made one change to Raze at launch. To quote: “Blast Pack maximum damage radius reduced from 2 to 1 meters.”

How to unlock all Agent characters in Valorant:

Of course you’ll want to unlock extra Agents like Omen as soon as possible. At launch there will be 11 characters available, they are: Breach, Brimstone, Cypher, Jett, Omen, Phoenix, Raze, Reyna (new secret Agent!), Sage, Sova, and Viper.

The “Play” menu’s “Agent Contracts” section will show you how much XP you have left to earn to unlock the next new Agent.

Each Agent comes with 10 tiers of Contracts that, when completed, reward you with all kinds of special items, including said new Agent.

For the Agent Contract, you can either grind or buy your way to Tier 5 (directly to the Agent). Beyond that, through Tiers 6-10, you’ll have to earn purely through play (you get around 5,000 XP per level). The weekly missions function as additional XP boosts to get to the higher Tiers faster.

Note: On launch day players are reporting that even though they hit level 5, they are still stuck with the 5 starter Agents. The same happens with unlocked Battle Pass skins not showing up. Riot Games have confirmed they are working to fix the bug.

Here’s how to get Cosmetic Items in Valorant:

VALORANT Points, or VP for short, is the premium currency you can use to unlock content. VP can only be purchased using real currency within the VALORANT game client.

VALORANT is an FPS, and you’re going to spend a lot of time looking at your weapons. It just made sense to make unique weapon skins the primary source of customization. You can obtain them in the store, through Contracts, and the Battle Pass.

Even with all the different customizations we have ready and planned, we made sure all content—weapon skins especially—are designed not to interfere with gameplay. While the characteristics of a weapon might change when customized by a skin (model, animation, visual effects, audio), these features are not intended to provide positive or negative advantage to a player. If we find any skin does cross this line, know it was accidental and that we will adjust.

Additionally, it’s important to note that other players will only see your skin’s model changes. Every other change, from new reload/equip animations, to visual effects and sounds, will only apply to your personal game experience with no impact on other players (i.e. a Vandal with a different skin will always sound like a Vandal to the enemy).

VALORANT is introducing Radianite Points as a way to evolve certain weapon skins. The first level is unlocked when you get the skin. You can then use Radianite Points to unlock each additional level, featuring customizations like new visual effects, audio, animations, unique finishers, and variants.

The primary way to earn Radianite Points is via the battle pass, but you can acquire more in the store.

All players will have two contract slots that you progress through at the same time. All XP earned through matches and missions will apply equally to both slots, so you never have to worry about prioritizing an Agent unlock versus battle pass rewards.

Slot 2 will always be filled with our battle pass, or as we like to call it our Story Contract. You’ll always make progress on this contract and earn rewards along the way.

Each Agent comes with 10 tiers of Contracts that, when completed, reward you with all kinds of special items—but most important, a new Agent.

For the Agent contract, you can either grind or purchase your way to tier 5 (directly to the Agent). Beyond that, through tiers 6-10, you’ll have to earn purely through play. This is how you’ll prove you really are the world’s biggest Viper one-trick.

Available at launch, the Valorant Battle Pass gives you a route to progress and unlock cosmetics by rewarding you for playing Valorant. There will be a free track for all and a paid track as well. The optional extras are designed to personalize your gameplay moments without affecting gameplay.

The first Battle Pass is titled “Episode 1: Rise of Venice – Act 1: Ignition“.
Act 1 consists of 10 Chapters, which in turn consist of 50 Tiers that each unlock something. Which you all need to subsequently complete to progress.

Consider Valorant launch day the start of our Episode 1. Each Episode includes Acts, and for every Act, you get a new Battlepass. About every two months, an Act aka Season ends along with its associated Battlepass.

The Act I Valorant Battlepass will have 50 tiers open for a limited time with a free and Premium path. By default, our Battlepass is free and available to everyone who logs in during its duration. It will be active alongside your chosen Character contract, and they will progress simultaneously based on the XP you earn from Missions and matches.

You can progress through all 10 Chapters without going Premium, however, you won’t unlock the 5 items within the Premium tiers. You can always go Premium and retroactively unlock the rewards you earned while on the free path.

Battle Pass Video Overview: Take a look at the first Battle Pass and all the new Valorant skins you’ll be able to earn across its 10 Chapters. Per Chapter there will be 5 paid unlockables & 1 to 2 free unlockables. This includes all of the gun skins as well as the gun buddy’s and everything you can get on new agent Reyna!

Bonus Premium Reward: If you buy the Premium Battlepass, aside from earning more cosmetic content types, you will be able to unlock the “Kingdom Melee” knife skin at the end of Chapter 10.

Starter Tips: Riot Games has put out a Valorant Beginners Guide that details what to pay attention to when you’re just getting started.

If you want to learn all the map layouts, check out the Valorant Maps overview.

Aiming Protips: What’s not taught to you is that walking muffles your footsteps and tightens your aim.

Aiming Down Sights (ADSing) before shooting gives you a 15% damage penalty (reduced fire rate) when using most of the fully automatic weapons.

Additionally, you can find out how much damage each weapon does by shooting the practice dummy at the shooting range. And of course the alt fire information is available right in the Let’s Buy store screen.

If you’re strafing in one direction, switching to the other stops your momentum which tightens the spread.

There are no other Valorant cheats on PC yet. Until more are discovered, we made the handy Valorant guides listed below to help you with tips and tricks for the game!

Do you know of any Valorant cheats or unlockables? Let us know in the comments, you’ll get credit for finding out. – Thanks for visiting!