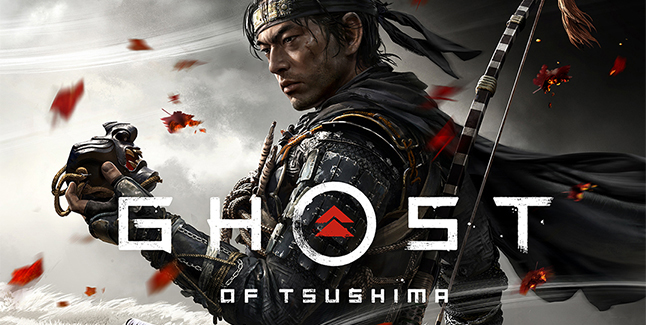 Ahead of its 17th July launch on PS4, Sony has offered a closer look at developer Sucker Punch’s open-world samurai adventure Ghost of Tsushima, and, as if there was any doubt left after previous showings, it’s looking utterly breathtaking.

Check Out the Ghost of Tsushima Full ‘State of Play’ Presentation:

Tsushima’s differentiation begins with the question it poses to players: will you play as a “samurai,” or as a “ghost”? The former is a path of honor, and it sees your hero resolving conflict in broad daylight with an emphasis on perfectly timed sword swipes and parries. The latter is a path of secrecy, and it emphasizes stealthy maneuvers, silent assassinations, enemy misdirection, and more. Each playstyle bleeds into the other: the samurai can sneak up on foes, and the ghost will have to face some enemies directly. But only the ghost style appears to include a default sense of terror—so that when your hero storms an encampment, some enemies will cower upon seeing you, the terrifying ghost of legend who has finally become real.

The game’s developers at Sucker Punch have added at least one welcome update to the game’s minute-by-minute gameplay: “Guiding Wind.” This visual system activates once you’ve toggled a mission or objective in a map interface, at which point the game world will begin generating visible wind gusts and particles to guide players toward their next major destination, instead of an ill-fitting arrow or mini-map. A button-tap can send up a gust of wind in a pinch, in case you need to double-check your orientation. However you slice it, it’s the neatest way to guide players in an open world we’ve seen in years, and it’s nice to have an organic way to avoid pausing the game and checking a map. 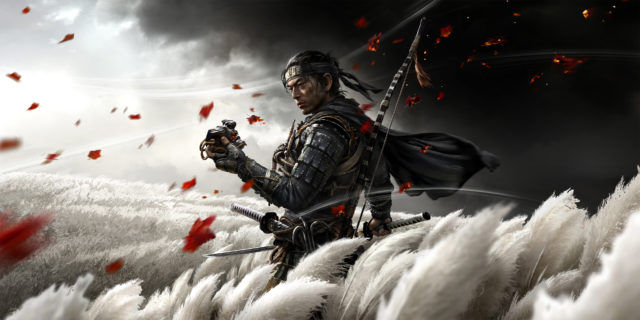 Beyond that, the reveal otherwise looks like a polished-if-familiar twist on years of open-world adventures. At least this comes with the usual Sony first-party touch: massive view distances, gorgeous plant animations (complete with colorful trees, petals, and grass swaying in the wind), and a range of handsomely rendered forests, shrines, towns, campgrounds, and more for your hero to explore on horseback or on foot. And the trailer includes one lovely surprise at its conclusion: a black-and-white “cinematic” mode that can be toggled at any time. “Samurai cinema” isn’t just a grayscale filter with a film-grain effect; it also includes a total rebalancing of light levels, particularly for the game’s nighttime sequences. It’s an absolute trip in action, and our final gallery shows how it looks. We’re now officially tempted to play the entire game in this mode when it launches on PlayStation 4 on July 17.