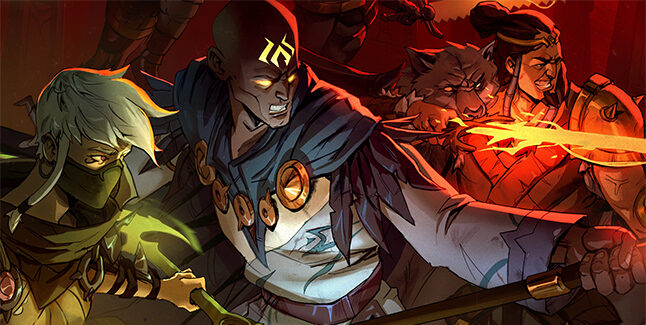 Developer Ronimo Games (Awesomenauts) and Devolver Digital (Fall Guys, GRIS) have emerged from the mist to announce Blightbound, a dark and stylish multiplayer dungeon crawler that will battle its way onto Steam Early Access later this year.

The world lies in peril. Decades ago, a band of legendary warriors slayed the dreaded Shadow Titan after a long and ferocious struggle, but their celebration was short-lived. The Shadow Titan’s true intentions revealed themselves when from his broken husk flowed the Blight; a corrupting fog that alters any living creature exposed to its evil.

Blightbound is an online & local multiplayer dungeon crawler that tasks three heroes to venture down from their mountain refuge to face the abominations of the Blight – a mysterious and corrupting fog that enshrouds the land.

Here’s Blightbound’s image gallery. Click on any of these image thumbnails to see the full-size screens: 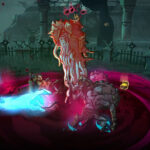 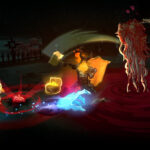 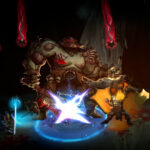 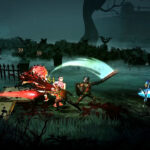 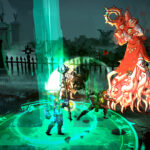 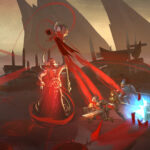 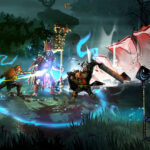 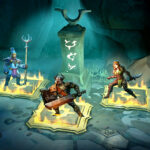 Explore handcrafted dungeons, fight a terrifying cadre of mystical and monstrous enemies, grab valuable loot, and recover fallen heroes to expand your roster of available warriors. Each player will fulfill a specific role on the team – warrior, assassin, or mage – to overcome colossal bosses and solve clever puzzles.

Can you collect and complete all the challenges, and conquer the Blight once and for all?

• Blightbound is an ever-expanding game with new dungeons to explore, new heroes to recover and use, and new loot to retrieve with planned free updates for the community.

• Collect over 20 unique heroes, each with their own skill set, passive abilities, and fully narrated story to complete.

• Hundreds of unique items to loot and craft to improve each hero and alter their repertoire of attacks and abilities.

• Build out your refuge atop the mountain by recruiting new artisans to craft more items, fulfilling bounties, and training your heroes.

• Battle through three distinct lands, each with several dungeons to conquer, including the eerie Gravemark, the oppressive Underhold, and precarious Blood Ridge.

• Distinct class roles that reward team play and powerful ultimate abilities that charge from fulfilling your role. Block damage as a warrior, interrupt enemies as an assassin or heal your allies as a mage.