PlayStation Plus Games for June 2020 Announced 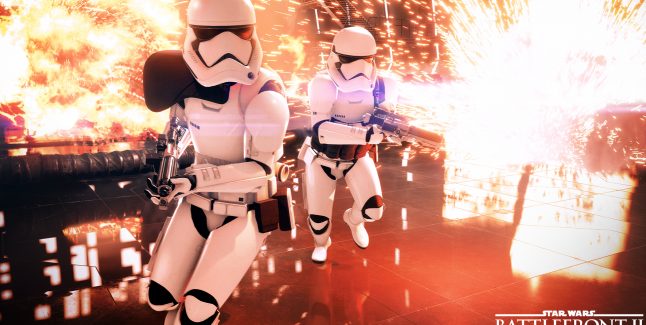 Sony Interactive Entertainment has announced the June 2020 lineup of free games for PlayStation Plus subscribers. 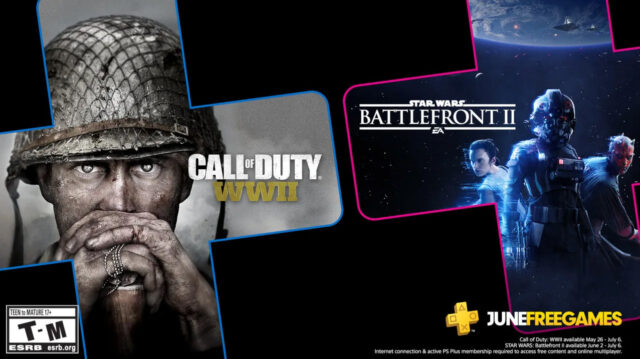 PS Blog: PS Plus members face a tough question this month: do you prefer your action to be down-to-earth, or in a galaxy far, far away?

If the former, Sledgehammer Games invites you back to the dramatic backdrop of World War II as the Call of Duty series returns to its roots. If the latter, join huge Star Wars battles across three eras, and rebel against the Empire, or crush the Resistance in Star Wars Battlefront II. Whether you want to be the hero, villain, or an elite trooper, there’s a Star Wars battle fantasy for everyone.

Regardless of what choice you make, buckle up: both boast explosive story-driven campaigns and thrilling multiplayer modes to lose yourself in.

Meet your destiny as Luke Skywalker on Death Star II. Get boots on the ground in massive Clone Wars conflicts. Lead the First Order to dominance as Kylo Ren. Rebel against the Empire. Crush the Resistance.

Join the action and enjoy more than 25 free game updates since launch – including online Co-Op, massive offline battles against AI foes in Instant Action, and the non-linear, multiplayer tug-of-war between planetary surfaces and capital ships in Capital Supremacy. Be the hero in the ultimate Star Wars battle fantasy.

Star Wars Battlefront II will be available from Tuesday, June 2.

It’s a return to the past in more ways than one as Call of Duty once more reimagines the theater of war that first inspired the blockbuster franchise. In the game’s riveting campaign, play a vital, frontline role across Europe in multiple missions directly inspired by key moments from the real world conflict. Switch over to multiplayer to battle it out alongside — and against — other players.

Both games will be available until Monday, July 6.