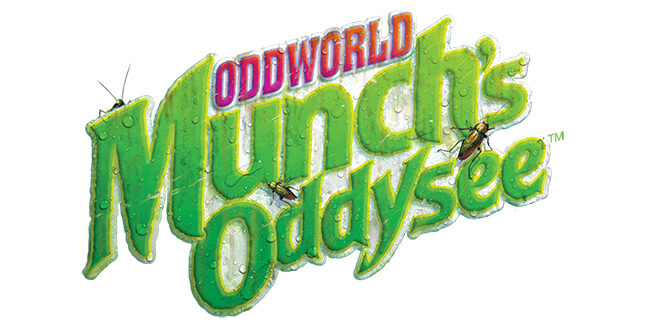 Oddworld Inhabitants and Microids team up to announce a May 14th release date for the classic game Oddworld: Munch’s Oddysee. Initially available on the Nintendo eShop for Nintendo Switch, Oddworld: Munch’s Oddysee is the classic action adventure game with an ecological heart ported to the world’s most innovative and popular handheld, tabletop, and traditional all-in-one gaming console. The physical version will be released later this year.

The story begins with you playing as a Gabbit named Munch, the hero of the Oddest Oddysee of all. Munch’s luck is about to change – for the worse.

How would you feel if you broke your leg in a scrab trap, were abducted by soulless scientists, had an alien device implanted in your skull, and found out your race had been hunted to extinction?

Due to the rich variety of consumer products derived from the Gabbit species, their legacy has nearly come to its end. For the amphibious Gabbit, there is only one lonely individual that survives. However, it won’t be spotted where one might typically find such a Gabbit. This one is currently an entrapped test subject within the horrible testing facility known as Vykkers Labs.It’s up to you to help guide Munch in efforts to rescue fellow test creatures. These critters will be forever loyal to Munch and in turn enable his escape. 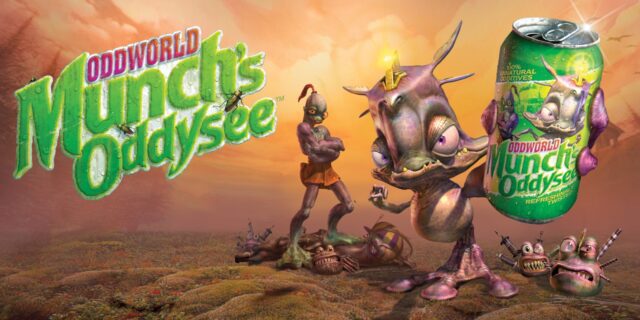 Once free, Munch teams up with Abe and together they are guided by the wisdom of the Almighty Raisin. They are informed as to how to accomplish their goals, but in order to do so, they must work together. For Munch, his dream is to bring back his species from the brink of extinction. For Abe, it is to rescue his Mudokon buddies.

You can “switch” between Munch and Abe depending on the situation. Using special psychic powers, cool power-ups, and other special abilities to deliver payback to the Vykkers, Abe and Munch set out to reclaim the last gabbit eggs on Oddworld, which have been packaged in a can of gabbiar.