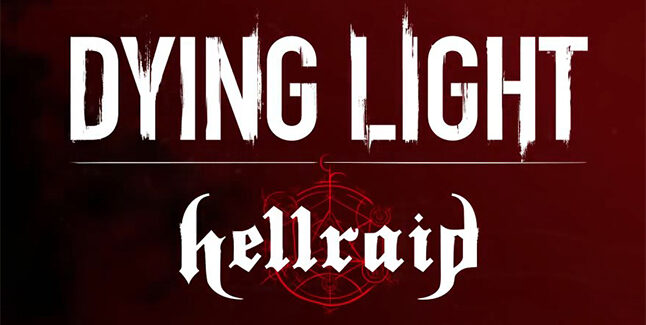 When Dying Light initially released, Techland was also working on another title featuring first-person combat: a dark fantasy title known as Hellraid. Techland announced it was suspending development on Hellraid shortly after the launch of Dying Light, saying Hellraid was not up to the studio’s standards and that it would instead focus on expanding Dying Light. This new Dying Light DLC allows players to access an all-new game mode set in that dark fantasy world that never was.

Despite this news surrounding Hellraid, Techland insists development for that game is still suspended and there are currently no plans to resume Hellraid development. Instead, Techland hopes Dying Light: Hellraid will give fans a chance to explore the fantasy world it crafted for Hellraid with Dying Light gameplay.

“Dying Light’s new DLC Hellraid will be your ticket to Hell and back.

No, it’s not a metaphor. You will be literally hacking through demonic hordes of Hell.

It all started with an arcade machine survivors found in the Tower’s basement while investigating an odd power outage. None of them could remember seeing this strange device ever before. They moved it upstairs, unaware of its true nature.”