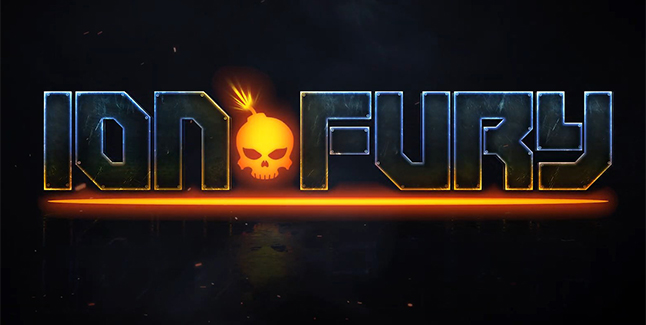 on Fury, the old-school first-person shooter developed by Voidpoint and published by 3D Realms and 1C Entertainment, arrives on Nintendo Switch, PlayStation 4 and Xbox One May 14. A physical edition will be available worldwide on June 26.

Make way for Shelly “Bombshell” Harrison as she takes down the cyber-cultist army of the sadistic Dr. Jadus Heskel, this time on consoles. Defend Neo D.C. with Shelly’s trusty triple-barreled Loverboy revolver at 60 frames per second on PlayStation 4 and Xbox One, and take the destruction on the road with the Nintendo Switch.

Tear through cyborg infantry, giant robots and even wendigos with eight retro-inspired weapons. Dual-wield Penetrator SMGs with incendiary ammunition to scorch foes, wreak havoc with the Disperser with either shotgun shells or swap in grenade rounds, or chuck a Clusterpuck into a room and delete everyone. 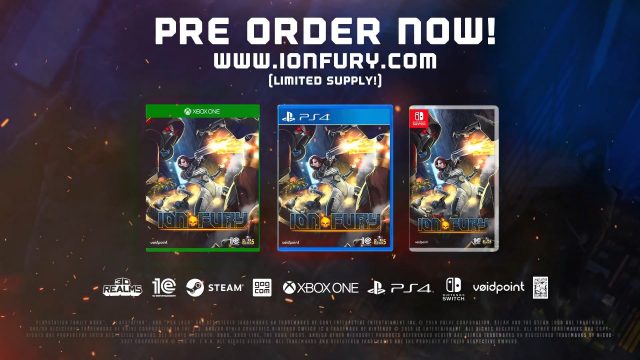 Utilizing the same Build engine behind the original Duke Nukem 3D, Ion Fury offers the beloved feel of ‘90s shooters. Seamlessly integrated modern features include headshots, environmental interaction, improved physics, auto-saves, and widescreen functionality. Ion Fury’s marriage of both styles provides both a genuine introduction to classic FPS games and a worthy addition to the genre as a whole, as evidenced by winning IndieDB’s game of the year award.

“We wanted to make sure the gory fun from the PC version felt just as great on consoles,” said Mike Nielsen, CEO of 3D Realms. “We never thought we would see the day where we could use the Build engine on modern consoles, but we think our players will enjoy the efforts of Voidpoint and General Arcade’s fantastic work.”

The game is currently available for PC on Steam, GOG, and the 3D Realms website for $24.99 USD.