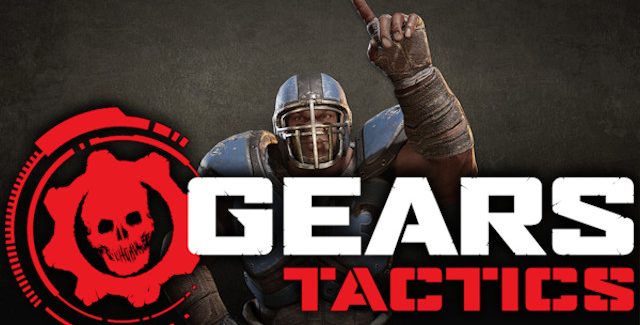 Here we will show you how to unlock all Gears Tactics codes with a cheats list that’s valid for the PC & Xbox One versions (where available) via Steam, Xbox Game Pass for PC and Windows Store.

Veteran Mode is unlocked after completing the Campaign the first time. In Veteran Mode, you play one Chapter of Side Missions before unlocking a Veteran Mission. There is no fixed endpoint for Veteran Mode.

Pre-purchase Gears Tactics before launch or play play by May 4th 2020 (on PC) to receive the Thrashball Cole Character Pack DLC, which includes these in-game unlockables:

Note: Xbox Profile Required. Sign in with your existing profile or create one for free.

Get ready for some beginner tips and tricks. Let’s take a look at the core pillars behind Gears Tactics that define its unique gameplay in the turn-based strategy space.

The COG Squad plan attacks from cover against oncoming Locust
Gears Tactics takes squad-based tactical action and gives it one hell of a shot of adrenaline with a big side of freedom.

Firstly, you’re going to take on huge numbers of enemies all at once. How huge? We’re talking up to as many as 15+ Locust enemies on the battlefield – every one of them out for your squad’s blood – from explosive fast-moving Tickers to huge tanky Boomers wielding Boomshot rocket launchers.

Thankfully, you’ve got plenty to fire back with. In Gears Tactics, each unit gets 3 actions that can be used in any order you choose and in any combination. This freedom gives you multiple ways to handle every fight, putting the emphasis firmly on maximizing the potential of each action you spend.

See an incoming close-range threat that you can’t hit without moving and exposing your flank to other enemies? No problem. Move, take your shot and relocate to a safe position all in one turn. This flexibility allows you to maximize damage output and movement.

This focus on freedom also extends to our Squad System, featuring 5 Classes with over 30 Skills each that can be mixed and matched. As you progress through the game, you’ll also unlock a variety of skills that will provide more utility to help deal with the growing numbers – and toughness – of enemies being thrown at you.

The structure of Class skill trees provides huge flexibility on how to use your squad on the battlefield – look out for more info on Customization and Classes in a future Development Blog!

Mikayla, Gabe, and Sid from Gears Tactics ready for battle
Even with three actions and some fancy Skills up your sleeve, the enemy count is still going to bring overwhelming pressure – especially as you face tougher and tougher combinations of units. This is where Executions come in to play.

When an enemy’s health is depleted to zero, there’s a chance that enemy will fall to their knees and be downed. In this state, your units have the opportunity to move in for a close range finisher, known as an Execution.

When a unit is executed, in all of its Gears-style goretastic glory, everyone in your squad gains an action point (except the one executing). This round extension is a critical part of the Gears Tactics formula. With practice and skill, you will extend the duration and possibilities of a usual 3 action-per-unit turn into a symphony of Locust destruction. If you can keep Executing, there’s no limit to the number of actions that can be earned.

Planning when and how to chain your Executions adds a ton of strategic depth to your decision making, and doing it right will mean you can wipe huge numbers of Locust enemies off the battlefield in just a single turn. We’re talking 10+ actions PER UNIT in a turn. Crazy, we know, but that’s Gears for you.

Of course, this wouldn’t be a true Tactics game if we let you off easy. As you move deeper into the Campaign, you’ll discover more enemies that get deadly opportunity attacks at close range, explode or even release a poisonous cloud that reduces any nearby unit’s damage significantly for a few turns. Chaining Executions will become ever important as you progress, but the decisions and strategies you’ll form to… uhhh… execute on your Executions will be increasingly challenging to accomplish.

A COG Squad is surrounded on all sides, as one Overwatches as an enemy
Another step we’ve taken in providing strategic freedom is our movement system.

Gears Tactics ditches the traditional grid-based system in favor of allowing you to position and move your units exactly where you want them. The distance that you can move each unit is dictated by whether or not you want to use one, two or all three of your actions.

This innovative movement approach allows for far more control for setting up flanking shots, routing yourself around enemy Overwatches and maximizing your possible movement range down to the millimeter. In the right situation, your units are generally tough enough to use this freedom of movement to gain critical flanking shot bonuses while out of cover.

Of course, this is Gears of War so cover is always king! Not only will it offer the most protection from enemy fire but, just like in the main series of games, sliding into cover will extend your movement distance slightly beyond its normal limits. Savvy players should use cover-to-cover movement to push their movement range to the very limits.

Finally, there’s Overwatch – a genre staple that we’ve put a new twist on. For those of you who don’t know, Overwatch is a state where your unit enters a defensive ‘ready to fire’ state, attacking anyone who enters the Overwatch range.

If you want to maximize defensive firepower, you can set an Overwatch with all of your remaining actions. This means up to three shots can be channeled into Overwatch. .

In Tactics, Overwatch will only cover an area defined by you. The Overwatch shots aretriggered when an enemy enters a cone of fire that you have laid out. This means you can optimize when your unit’s fire at enemies to their optimal range (ie. Gnasher shotgun users only shooting at targets who get close) or focus on locking down at-risk parts of the battlefield without firing on other enemies who currently present less risk.

Overwatch is a key part of an effective defense against the overwhelming odds you’ll sometimes face, helping you prioritize the right threats at the right time – well, until a stupid Wretch steps into your fire zone that was meant for that Grenadier. Damnit Wretches!

That’s your first look at the gameplay pillars of Gears Tactics.

There are no Gears Tactics cheats on Xbox One & PC yet. So until they are discovered, we made the handy Gears Tactics guides listed above to help you with tips and tricks for the game!

Do you know of any Gears Tactics cheats or unlockables? Let us know in the comments, you’ll get credit for finding out. – Thanks for visiting!