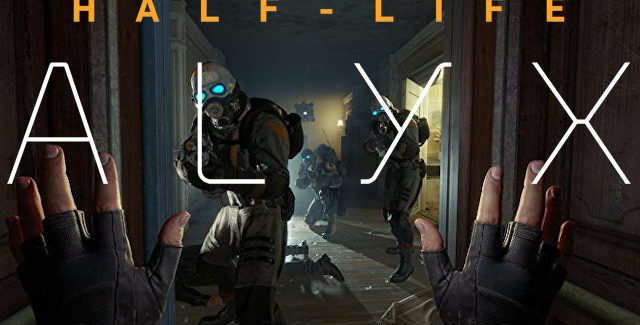 The Half-Life: Alyx achievements guide lists every achievement for this PC VR action-adventure game and tells you how to get and unlock them all.

Note: Simply keep smashing the glass bottles you’ll see throughout the game and you’ll unlock this achievement after a few chapters.

Snark Location: A snark is the Xen-native red bug with a green light for an eye that you can find early on in the game’s Chapter 1: Entanglement. When you enter the VHS-recorder camera room from the balcony (after talking to Russell at the start of the game go outside).

Tip: You’ll find a fish bowl with a snark inside that room. Grab the coffee can with fish-food next to it and sprinkle it into the fish bowl from the top to feed the snark.

03. On a Roll — Interact with the playground somehow.

Tip: In Chapter 1: Entanglement, pick up the nearby red bucket and roll it down the playground’s slide.

05. Freshly Squeezed — Test your grip on a headcrab heart.

06. Zombie with a Shotgun — Collect the shotgun.

09. Smash and Grab — Break open a supply crate with your hands.

Tip: At any point in the game where you see wooden crates, you can pick one up in your hands and then smash it to pieces by throwing it on the ground or into a wall.

10. Up in Arms — Install your first pistol upgrade.

Note: Make sure to pick up as much resin from the ground throughout the game, as you’ll need it to buy weapon upgrades with from the Combine weapon upgrade machines.

11. Pro-Pain — Kill a grunt by shooting their gas tank.

Tip: During Chapter 3: Is or Will Be you’ll encounter these grunts with gas tanks on their backs.

12. Indirect Approach — Kill a Combine Heavy while their shield is up.

Tip: During Chapter 4: Superweapon you’ll encounter these Combine Heavy with shields that you can take out with two grenades.

13. Combine Harvester — Use the gravity gloves to loot an item off a living Combine soldier.

14. Xen Lootism — Snatch a Xen grenade from its resting place.

Note: The Xen grenades can be picked up a couple of times in Chapter 5: The Northern Star, don’t worry and simply grab them from the plants holding them.

15. Safe Trip — Use the multitool to hack a tripmine.

16. Deadliest Catch — Use the gravity gloves to intercept an incoming enemy grenade in mid-flight.

Tip: The easiest spots to perform this feat at are near the end of Chapter 5: The Northern Star, when the waves of Combine soldiers come at you with firearms and grenades.

17. Hit and Run — Break out of the Combine prisoner transport vehicle.

19. Little Slugger — Represent yourself with a specific prop on Russell’s map.

Tip: After meeting up with Russell in Chapter 1: Entanglement, he’ll show you a holographic map and ask you to represent yourself on the indicated map spot. Simply pick up the nearby baseball figurine (the Team Fortress 2 Scout) in this room (it’s in front of a blue-screened monitor) and put it on the map spot.

21. Mag-Snagger — Catch Russell’s ammo magazine before it hits the ground.

Tips: At the start of the game in Chapter 1: Entanglement, you get this interaction with Russell after you get the gravity gloves, walk outside and as you exit the door you’ll see a shooting area to train with your pistol. You have two chances to get this right. The first time is after you get the empty pistol, he’ll throw ammo at you right after. And once more when you run out of ammo, look up to the left of the outside area to the window as Alyx will automatically ask Russell for more ammo, which he’ll throw at you. Now try to catch it mid-air.

23. Off the Rails — Stop the prisoner transport train.

24. Checking In — Reach the Northern Star.

25. Heart-Breaker Hotel — Get creative turning the power back on.

27. Cord-Cutter — Shut down the substation.

28. Blast from the Past — Defuse a roomful of explosive barrels.

31. Crustacean Frustration — Kill the annoying headcrab before it breaks everything.

32. Hold Your Liquor — Catch a bottle falling out of a cupboard before it breaks and alerts Jeff.

37. Point Extraction — Get to the superweapon.

39. Near-Jeff Experience — Stay close to Jeff for 10 seconds (but not too close).

41. Gnome Vault of My Own — Bring a garden gnome with you to the Vault.

Note: The infamous Half-Life 2 achievement makes a return in Half-Life: Alyx. Pick up the garden gnome and take it with you throughout the game up to the ending of Chapter 11: Point Extraction.

Gnome Location: While in Chapter 1: Entanglement, you can find the garden gnome at the start of the game, after you get the gravity gloves, walk outside and as you exit the door look to the left where it is on the white couch behind a picket fence. You can pull it towards you with the gravity gloves.

Tips: From here, you have to carry him through the rest of the game. You can’t put him in a wrist pocket so you have to hold him. You don’t have to place him anywhere at the end like in Half-Life 2. You just have to be holding him as you enter the Vault at the end. Toss him on the ground during combat and focus on fighting, just don’t forget to pick him up when its over. He won’t break, but grenades can fling him around and make it hard to find him.

Please comment if you have any Half-Life: Alyx achievement unlock tips of your own. Kudos will be given. – Thanks for visiting!