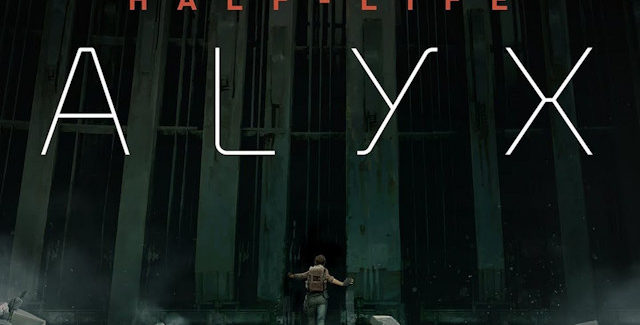 Our Half-Life: Alyx walkthrough will guide you through the beginning to ending moments of gameplay with strategy tips for this action-adventure game on PC Virtual Reality platforms Valve Index, HTC Vive, Oculus Rift & Windows Mixed Reality.

Please note that viewers must be at least 18 to watch, so no harm comes to those with innocent eyes. This game includes Violence and Gore.

As founders of a fledgling resistance, you’ve continued your clandestine scientific activity — performing critical research, and building invaluable tools for the few humans brave enough to defy the Combine.

Lean to aim around a broken wall and under a Barnacle to make an impossible shot. Rummage through shelves to find a healing syringe and some shotgun shells. Manipulate tools to hack alien interfaces. Toss a bottle through a window to distract an enemy. Rip a Headcrab off your face and throw it out the window.

Welcome to the Half-Life: Alyx walkthrough!

Time to show you around the game’s pre-Half-Life 2 areas, one chapter at a time.

Set 5 years before the events of Half-Life 2, Half-Life: Alyx begins with following the perspective of Alyx Vance on the fight against the Combine occupation of Earth.

Alyx makes it just outside of the quarantine zone to continue her pursuit of the Combine threat.

Chapter 3: Is or Will Be

Chapter 3 of Half-Life: Alyx takes us to the underground tunnels as Alyx makes her way to the streets of the quarantine zone.

The crew finds out that the Combine are hiding something in the giant vault floating in the sky.

Alyx makes her way through a giant, broken down hotel to begin destroying the cables that are keeping the vault suspended in the sky.

Jeff can’t see, but he will kill you. This is how to get past Jeff in Chapter 7.

Alyx finds herself in an old zoo infested with Antlions.

Talking about the revelations in Chapter 9 ahead of time would be spoilers.

Alyx fights her way through broken buildings in order to survive a Strider pursuit.

SPOILERS AHEAD! You have been warned. The final mission for Half-Life: Alyx takes us through the Combine vault ship that’s just been ripped from the sky. Alyx stops at nothing to extract who or what is being imprisoned inside.

Thanks to Valve & IGN for the walkthrough videos.