Sea of Stars Announced. RPG Prequel to The Messenger by Sabotage Studio 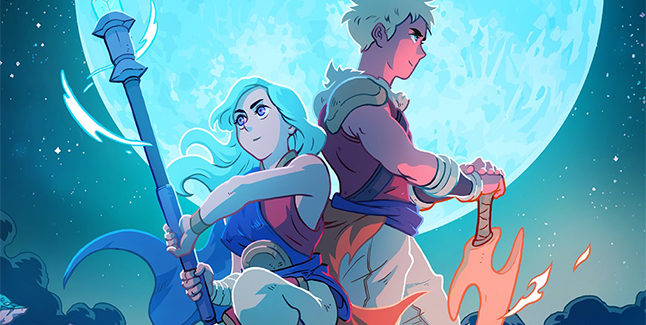 Indie studio Sabotage announced Sea of Stars, a new turn-based RPG inspired by the 90s classics. Telling the story of the Children of the Solstice, the game focuses on engaging combat and unrestrained exploration, featuring freedom of movement seldom seen in the genre. The studio also launched a Kickstarter campaign for Sea of Stars today with an incredible array of options for fans to get involved.

Check Out the Sea of Stars Reveal Trailer:

Sea of Stars’ compelling world unites players with Valere and Zale, youths fated to become Solstice Warriors. Combining their Sun and Moon powers to perform Eclipse Magic, they are pledged to fight the monstrous creations of the evil alchemist known as The Fleshmancer. Sabotage’s knack for twisting narratives makes for an engrossing, wondrous tale surrounding a world’s looming apocalyptic threat.

Combat challenges players to coordinate adaptive strategies while thwarting opponents with pre-emptive attacks, rewarding carefully timed strikes and interrupted advances. With six playable party members distinct in fighting style and personality, experimentation is key to discovering devastatingly powerful new match-ups. There’s no need to grind to unlock a character’s true potential, either, as character progression is balanced to flow along with the story. Sea of Stars’ journey prioritizes meaningful encounters over enduring dozens of the same fights.

Here’s Sea of Stars’ image gallery. Click on any of these image thumbnails to see the full-size screens: 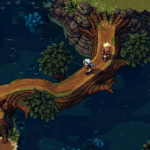 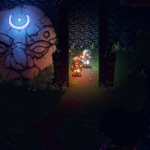 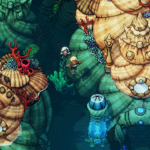 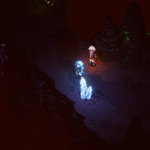 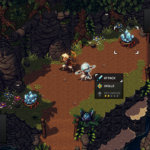 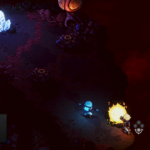 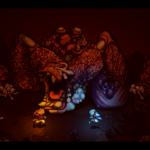 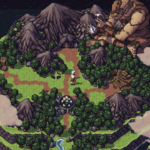 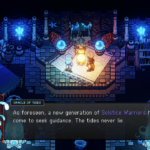 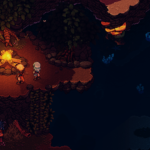 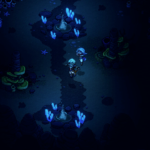 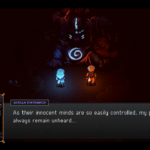 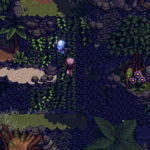 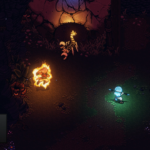 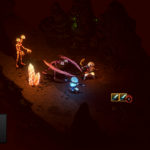 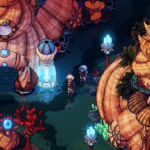 
• Engaging Exploration: Climb, dive, swim and leap across a lush world brimming with life and hidden secrets, enjoying the journey between battles as much as the action itself.


• Gripping Story: Become acquainted with six playable characters with rich backstories, personalities, and varied motives as the mysteries of a troubled world come to light.


• All Fun, No Tedium: Enjoy combat without fear of hitting a wall and having to grind for experience or items; in Sea of Stars, defeat requires a change in battle plans, not hours of repetition to better the odds in a rematch. 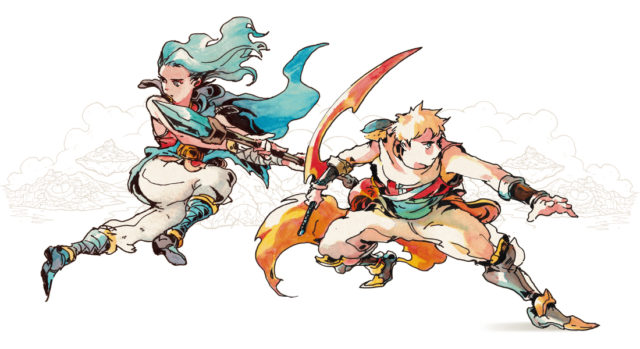 • Rich Universe: A sprawling, lively land, Sea of Stars’ hosting region can be enjoyed as a standalone story or a supplemental adventure for fans of The Messenger.


• Radiant Lighting: Dynamic light effects pairs with a world-influencing day/night cycle to make every area feel truly alive, pushing the traditional visual limits of classically-styled 2D pixel-art games; the only way to properly tell the story of heroes conjuring the powers of the Sun and the Moon.

Fans interested in backing the Kickstarter can head directly to kickstarter.com/projects/sabotagestudio/sea-of-stars and get involved for as little as $1.

For more information, hit up seaofstarsgame.co.