Ary and the Secret of Seasons Delayed to Summer. First Developer Diary 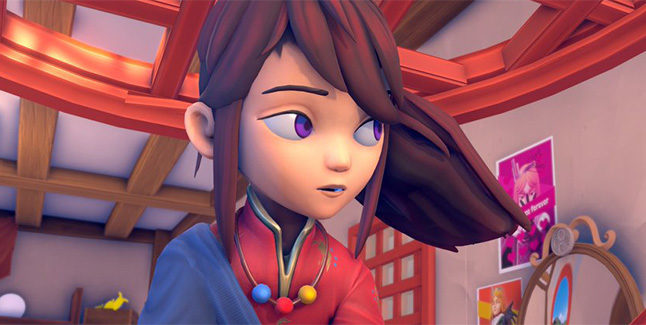 Indie publisher Modus Games and developer eXiin announced Ary and the Secret of Seasons, the upcoming action adventure following a young girl’s courageous journey to mend her world’s disrupted seasons, will release this summer on PlayStation 4, Nintendo Switch, Xbox One and Steam.

Watch the Ary and the Secret of Seasons New Trailer:

A new trailer accompanied the announcement, demonstrating protagonist Aryelle’s incredible ability to influence her surroundings by conjuring miniature seasonal biomes of spring, summer, autumn, and winter. This skill proves invaluable in her quest, allowing her to uncover secrets, slip aside once-impassable obstacles, and gain crucial advantages in battle.

In Ary and the Secret of Seasons, Ary accepts a calling her father is unable to answer, embarking in his place to resolve a sudden disparity between the once perfectly balanced seasons within the land of Valdi. Creating chasm-clearing platforms and aiding Valdi’s exasperated citizens is just the beginning for the potential carried in Ary’s power, which supports a sense of limitless discovery throughout the heroine’s engrossing story.

For the latest on Ary and the Secret of Seasons, visit ary-game.com.

Tags: Ary and the Secret of Seasons