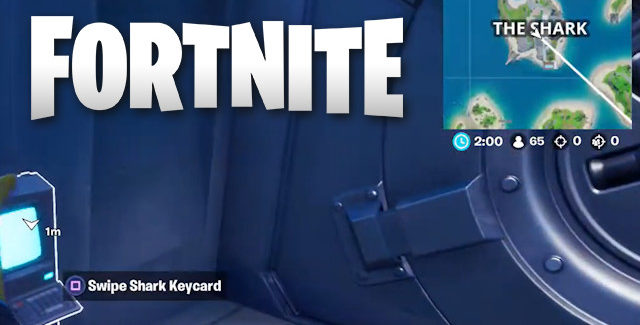 The Timeline for all these in-game Loot Vaults locations is listed below.

Note: The new Season 2 map has two Loot Vaults hidden at The Shark and The Grotto.

Tip: After landing at a base with henchmen, like The Shark or The Grotto, you’ll be able to find a Vault. In order to open the vault you need the Keycard that only the henchmen boss will drop upon defeat.

You can recognize the base’s boss by downing henchmen, followed by performing a Shakedown on said downed henchmen, which will temporarily reveal locations of both chests and the boss.

The boss will then immediately be shown with a red crown icon above his/her head. Make your way to the boss in the short time the crown icon is shown in-game. Defeating the boss drops a Keycard that allows access to the island’s huge silver Vault loaded with loot.

Where to find Loot Vaults in Fortnite Chapter 2 Season 2? The in-game locations for the Loot Vaults are described in this detailed video guide.

Both The Grotto & The Shark islands that hold the Loot Vaults are listed in the next step-by-step video.

Timeline in minutes for the Island Locations Guide:

Find The Agency island that holds another secret Loot Vault in the next step-by-step video.

The Agency Vault Location #3: You can get the boss location by doing a shakedown on a henchman. This will reveal all points of interest in The Agency like chests, security and Midas the boss. Midas roams the main hall and can be found walking between levels. After finding and defeating him he drops the keycard to the vault.

There you go! All Loot Vaults in Fortnite Chapter 2 Season 2 are yours to find! 🙂

I hope these tips helped you get all of the Loot Vaults hidden in the game.

Please check out our other “How To” guides listed at the top of this page to enjoy Fortnite Chapter 2 Season 2 more! 😀

Huge thanks to GamerForEternity for the guide videos and tips.

Please comment if you have any additional Fortnite Chapter 2 Season 2 Loot Vaults location tips of your own, we’ll give you credit for it. – Thanks for visiting!