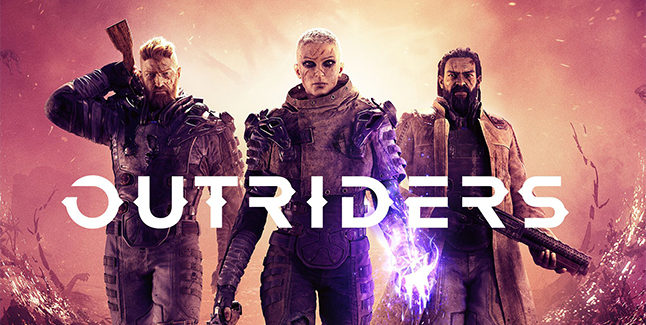 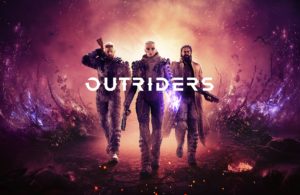 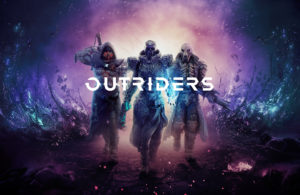 What’s the story of Outriders?

When Outriders begins, humanity is not in a good place.

Earth has been ruined, and the survivors have taken to the stars in huge sleeper ships to find a new home… and a fresh start. The planet Enoch looks promising, but before the civilians can disembark, they need to make sure that it’s all safe.

In other words, they need the Outriders. These awe-inspiring operatives are the first on the ground, using their enviable training and combat skills to identify threats and clear the way for a wider landing.

Fortunately, all seems fine on Enoch. Good even. The planet is beautiful, the local wildlife is reassuringly passive – it seems like a paradise. That said, there are some odd readings that the Outriders want to investigate before an all-clear is given. Unfortunately, before they can, the order to land is given anyway. 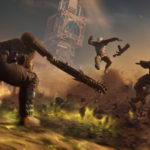 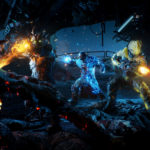 And that’s when everything goes to hell. ‘The Anomaly’ – a mysterious, undefinable energy storm – descends on the settlers. Some it kills, some it changes and it renders almost all of their technology unusable.

In the chaos, an Outrider (specifically your fully customizable Outrider) is injured by the Anomaly. In an attempt to keep them alive, they’re pushed into cryostasis and frozen in suspended animation.

More than 30 years later, they awake to a very different world. The once-beautiful fields of Enoch have become blood-soaked trenches. The sky burns and hanged bodies line the devastated fields – stripped on their technology and resources, mankind has turned to savagery to survive.

But Enoch’s not the only thing that’s changed – the surviving Outrider has too. Armed with a gun and mysterious new powers, they head out into a dark, savage world to discover what’s happened to them… and humanity as a whole. 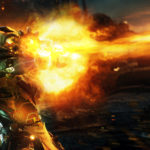 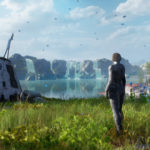 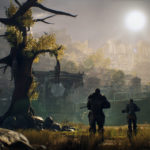 After the prologue, the Outriders campaign will take you through multiple areas – each with a central hub that positively overflows with quests, secrets, sidequests and more. But before you start digging deep into this broken world, you’ll have to choose a class.

This is essentially a starting point for your newly-empowered character, and defines the basic skills you’ll have to play with.

So far, three classes have been revealed – the Pyromancer, the Trickster, and the Devastator:

• The Pyromancer – the perfect choice for anyone who thinks they’re hot stuff, the Pyromancer uses fire and flames to devastate crowds of enemies and control the battlefield.

• The Trickster – a fast, maneuverable class that uses speed and time manipulation to cut down enemies. It’s great for getting in behind foes quickly and delivering powerful precision attacks.

• The Devastator – a powerful class that makes brute force feel elegant. From gravity manipulation to impenetrable armor, it’s all about getting close to targets so you can deal maximum damage.

Each class has strengths and weaknesses, and – crucially – a different way of healing, all of which greatly define how you play the game. The Pyromancer, for example, heals whenever he or she puts down something on fire, while the Devastator and Trickster benefit from close-up kills.

This adds a lot of variety to how you play the game – something which only increases as you defeat enemies and build up your characters. 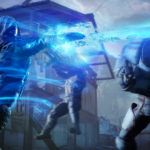 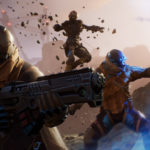 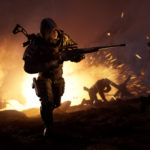 Battles in Outriders are fast-paced and intense. Anyone with experience of third person shooters should feel instantly comfortable with the basic controls – you have full freedom of movement around the battlefield, can take cover behind walls and objects, pop out to take shots with your gun and so on.

However, while the controls might feel familiar, the gameplay in Outriders feels entirely unique.

Even in the early stages of the game that we played, enemies put up a fight – they’ll crowd you, try to flank you, flush you out of cover with grenades. It’s not enough to brute force your way through a situation – you’ll have to constantly react and adapt to the flow of the fight.

And then there are skills, which turn everything on its head. Every character has access to multiple abilities, all of which are visually spectacular and extremely useful. These skills are every bit as important as the guns, and form the central pillar of your battle strategy.

For example, the Trickster class has the ability to warp behind an enemy – this one simple skill has many different applications. It’s a great way to get in close for a brutal (and oh-so-satisfying) melee strike. If you’re surrounded by enemies, you could also use it to escape and get behind them to safety… the list goes on.

Combine it with other skills, and other players, and it becomes even more flexible. For example, the Trickster can create a bubble that slows all enemies within it (and their bullets), lining them up perfectly for the Pyromancer to blast them with a wall of searing flame.

That describes the basic flow of play, but what’s much harder to articulate is how good everything actually feels. It’s all in the small details – controls are precise and snappy, the weapons both look and sound powerful. Every single shot has a profound sense of impact – when you hit an enemy, you’ll know it.

In other words, everything feels precision-tuned to create a compelling gameplay loop – you’d expect nothing less from the team at People Can Fly.

But what you might not expect is that Outriders is as much an RPG as it is a shooter.

You level up, you customize your skill set, you find loot to upgrade your weapons and armor, you talk to NPCs to learn more about the world and get quests – everything you’d expect from the genre is here, and done well.

The loot system seems particularly satisfying. As you kill enemies and open chests, you’ll earn new weapons and gear, that make your character stronger and more resilient. Not only does it make encounters consistently rewarding, we found equipment to be extremely meaningful. When we got a better gun, for example, we really noticed the difference.

Also, like all the best RPGs, there’s a strong narrative focus to everything you do. Whether you’re progressing through the main quest, or undertaking one of the many side activities, the game hits you with interesting stories and rich characters.

Here’s a great example – early on in our playthrough, we uncovered a door to a store. Upon entering, we met a slightly pushy, but oddly likable merchant Mr Cheng. Sadly, any transactions were cancelled when the unfortunate shopkeeper was gunned down on behalf of a rival trying to take control of supply in the area.

Cue a short, fun little sidequest that saw us teach that malcontent a lesson he won’t remember (because we killed him), the rescue of a wonderfully spiky new ally, and even a new store in the area’s central hub. 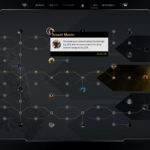 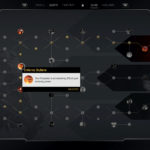 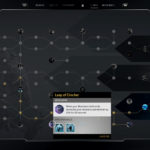 Another hallmark of RPGs is character growth, and this is a very big deal in Outriders.

The game features a remarkably flexible system that lets you build up your character in dramatically different ways.

Every class has multiple skills available – although you can only have a few of them equipped at a time. Then there are character mods – and these can be a literal game-changer.

When you level up, you’ll earn class points, which you can use to modify your character. These could be stat boosts to improve particular skills, or buffs that make you more effective with firearms – but right from the start you’ll have a surprising amount of control over how your Outrider grows.

Do you prefer to use cover to advance up the battlefield? Do you want to be a hit and run slasher, or do you want to run and gun? With the hero tree, you can modify your stats in order to support the playstyle that you prefer.

The result is that no two characters will feel the same – even if they’re the same class. Two Pyromancers, for example, could play very differently, with different strengths and weakness that let them take on different roles on the battlefield.

All said, Outriders is shaping up to be a vast, satisfying adventure – whether you play with friends or on your own.

That was a fairly brief overview of the game – and we’ll have much more to share in the coming weeks, including interviews with the devs, a closer look at the ins and outs of each class and more.