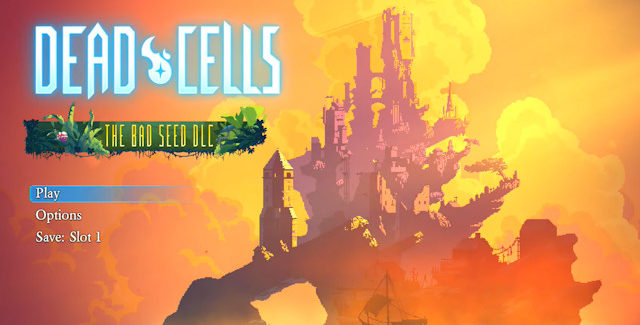 Our Dead Cells: The Bad Seed DLC walkthrough will guide you through the beginning to ending moments of gameplay with strategy tips for this rogue-like, metroidvania game’s DLC on the PS4, Switch, Xbox One, Mobile, PC, Mac & Linux.

How to start the Dead Cells: The Bad Seed DLC?

First, in the main game start a new run with the Vine and Teleport runes and in The Prison level climb the by you activated vine. Second make your way through the Dead Cells map to the sarcophagus teleporter that leads to “The Dilapidated Arboretum”, where you’ll find the dead gardener’s key that opens a door to the new DLC area. Lastly, make sure you have bought and installed the Dead Cells: The Bad Seed DLC to unlock the two new map areas (the second is called “Morass of the Banished”) by entering the opened door.

Disclaimer: On Xbox One this DLC got an extra update to fix a bug that would not let you go through the door that leads to the new DLC areas.

Please note that viewers must be at least 13 to watch, so no harm comes to those with innocent eyes. This game includes Blood and Gore, Language, and Violence.

Explore a relaxing Arboretum, wade through a noxious Swamp and take on a new boss in this new early game content designed to expand the Dead Cells universe and add variety to runs for people who want to support the development of the game. And harvest a few souls with your new scythe.

The two new levels and their monsters are alternatives to The Courtyard/Toxic Sewers and The Ramparts/Ossuary/Ancient Sewers, with the boss designed to be on par with The Concierge, so hopefully it’ll spice up your early game runs once you’ve played through the core game.

Gamerzombie will be your guide showing you around the game’s new The Dilapidated Arboretum & The Morass of the Banished areas, up to The Nest where you must defeat the Mama Tick final boss.

This 100% visual guide includes all bosses, all weapons, all outfits & all secrets discovered.

Thanks to Motion Twin & Gamerzombie for the walkthrough videos.