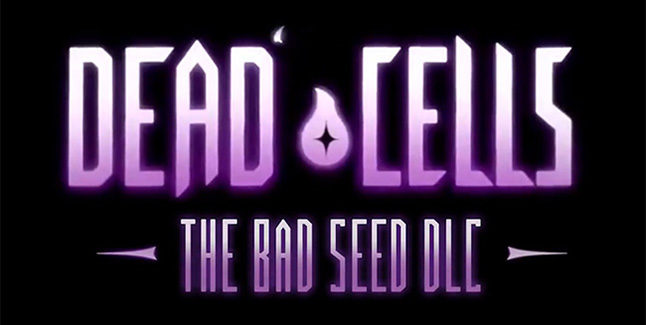 Developers Twin Motion and Evil Empire have released the animated launch trailer for Dead Cells downloadable content “The Bad Seed,” which is available today across all platforms for $4.99.

Here is an overview of the downloadable content, via Motion Twin:

Explore a relaxing Arboretum, wade through a noxious Swamp, and take on a new boss in this new early game content designed to expand the Dead Cells universe and add variety to runs for people who want to support the development of the game.

The two new levels and their monsters are alternatives to The Courtyard / Toxic Sewers and The Ramparts / Ossuary / Ancient Sewers, with the boss designed to be on par with The Concierge, so hopefully it’ll spice up your early game runs once you’ve played through the core game. 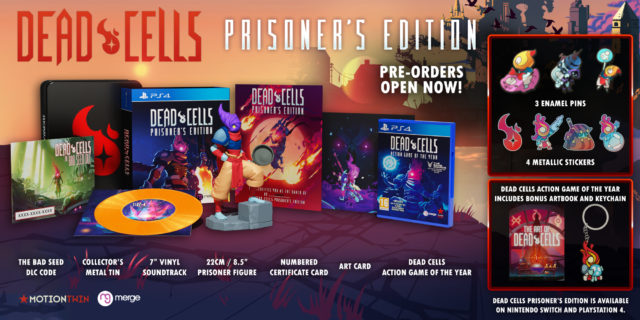 In related news, distributor Merge Games also announced a new Dead Cells “Prisoner’s Edition” for PlayStation 4 and Switch. For $109.99, it includes an embossed tin, a 22 centimeters-tall figurine of the Prisoner brandishing the Vorpan weapon, three collector pin badges, four metallic stickers, an exclusive print art card, a numbered collector’s certificate, a two-track orange vinyl record, a copy of Dead Cells: Action Game of the Year, and a code to access the downloadable content “The Bad Seed.”

Dead Cells is available now for PlayStation 4, Xbox One, Switch, and PC via Steam.