PlayStation Plus Games for February 2020 Announced

Sony Interactive Entertainment has announced the February 2020 lineup of free games for PlayStation Plus subscribers.

From the undersea city of Rapture to the airborne metropolis of Columbia, BioShock: The Collection takes players on monumental journeys through awe-inspiring, deceptively dangerous places that are simply unforgettable. BioShock: The Collection features all three games in this award-winning series – BioShock, BioShock 2, and BioShock Infinite – remastered in 1080p, including all single-player add-on content. 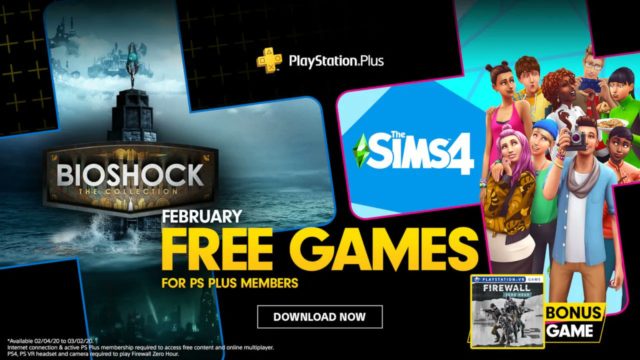 The Sims is celebrating its 20th birthday this February, and you’re invited to join the party! Now’s your chance to play with life in The Sims 4, where you can unleash your imagination and create Sims in a unique world that’s an expression of you.