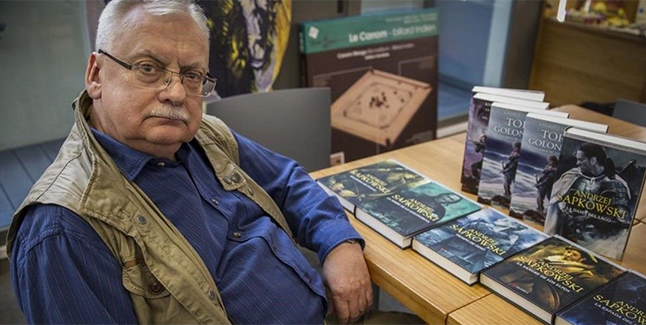 The story begins with a rare interview with the reclusive Sapkowski, granted in 2017. In that revealing conversation, the author said that when CD Projekt approached him about The Witcher video game, which was released in 2008, he dismissed the industry outright.

“I was stupid enough to sell them rights [to all of my novels],” he told Eurogamer. “They offered me a percentage of their profits. I said, ‘No, there will be no profit at all — give me all my money right now! The whole amount.’ It was stupid. I was stupid enough to leave everything in their hands because I didn’t believe in their success. But who could foresee their success? I couldn’t.”

A little over one year later, however, Sapkowski had second thoughts. In a bold letter to CD Projekt, made public in October 2018, he claimed that under Polish law he was wrongfully underpaid for his work. His demand for compensation from The Witcher 3: Wild Hunt alone amounted to more than $16.11 million in royalties. At the time CD Projekt wrote in an official statement to its investors that his demands were “groundless.” 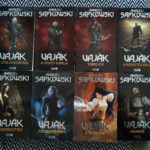 The Witcher books covers in Hungarian, Spanish and Serbian 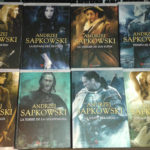 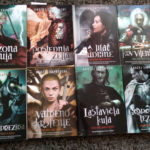 “The Company had legitimately and legally acquired copyright to Mr. Andrzej Sapkowski’s work,” CD Projekt stated, “insofar as is required for its use in games developed by the Company. All liabilities payable by the Company in association therewith have been properly discharged.”

“It is the Company’s will to maintain good relations with authors of works which have inspired CD Projekt Red’s own creations,” the same statement allowed. “Consequently, the Board will go to great lengths to ensure amicable resolution of this dispute; however, any such resolution must be respectful of previously expressed intents of both parties, as well as existing contracts.”

In a brief press release issued today, CD Projekt said that it and Sapkowski “signed an agreement further solidifying their relationship.” This new agreement, the statement continues, “satisfies and fully clarifies the needs and expectations of both parties, past and present, and sets out a framework for the future cooperation between the two sides.” It applies not only to video games, but also to graphic novels, board games, and other associated merchandise.

A statement for investors contains much of the same kind of language, but also notes a mutual non-disclosure agreement limits what more can be shared.