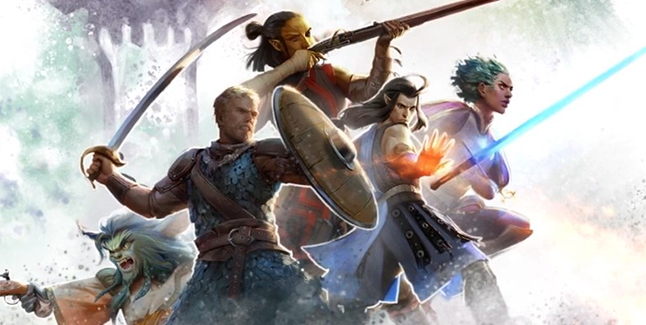 Pillars of Eternity II: Deadfire Ultimate Edition will launch for PlayStation 4 and Xbox One on January 28, 2020, publisher Versus Evil and developer Obsidian Entertainment announced. A release date for the Switch version was not announced.

The game will be available for digital pre-order through the PlayStation Store and Microsoft Store today. Physical standard and Ultimate Collector’s editions will also be released by THQ Nordic for $59.99 / €59.99 / £49.99 and $129.99 / €129.99 / £119.99, respectively. The latter includes a copy of the game (including the 5.0 PC patch and all downloadable content), 10-inch Od Nua Statue, Spacepig key chain, metal-optic 3D Sticker, and premium box. 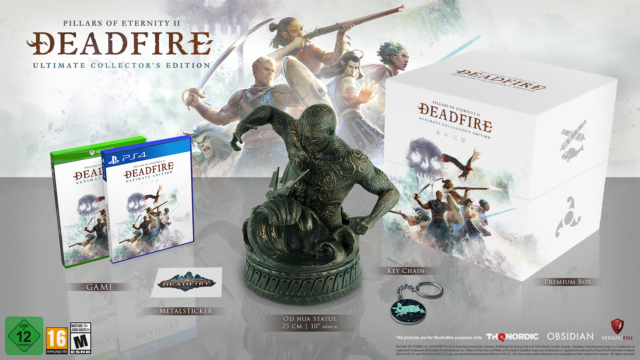 Here is an overview of the game, via Versus Evil:

About Pillars of Eternity II: Deadfire

The god Eothas awakened from his sleep, erupting from beneath your castle, killing your people and stealing a piece of your soul. Now only you and your companions can uncover the rogue god’s machinations as he tramples over the Deadfire Archipelago.

The award-winning RPG from the masters at Obsidian Entertainment finally arrives, featuring all major updates and expansions.

Bend the world to your will as you explore the depths of infinite possibilities, including detailed character customization, total freedom of exploration, and more meaningful choices at every turn.

Featuring an enormous open world, a massive cast of characters, and a story you can play your way, Pillars of Eternity II: Deadfire Ultimate Edition redefines the role-playing game experience for a new generation.