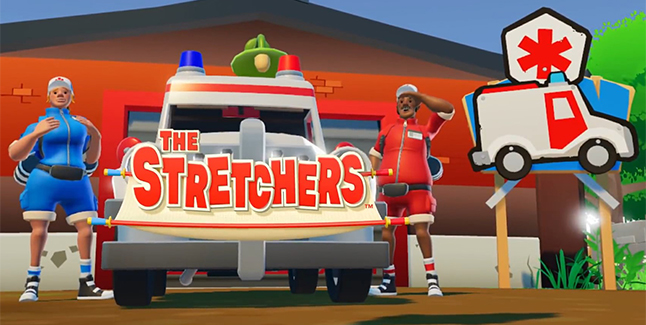 Nintendo has announced and released two-player cooperative action game The Stretchers for Switch via the Nintendo eShop (Europe) for $19.99/£17.99/19.99€. It is developed by Tarsier Studios and supports Japanese, English, Spanish, French, German, Italian, Dutch, and Chinese language options.

A two-person rescue team must stay in sync to save the islanders!

The Strechers is set on Green Horn Island, where people spent each day in peace until the self-proclaimed genius Captain Blaine suddenly appeared and hypnotized the islanders to become lightheaded, sending the island into major panic!

Players take on the role of a two-person rescue team called “The Stretchers,” and must respond to rescue calls from around the island to rescue the lightheaded islanders.

The game can be played with one Joy-Con, allowing family and friends to play together via two-player co-op. Additionally, a single player can control both of the rescue team members.