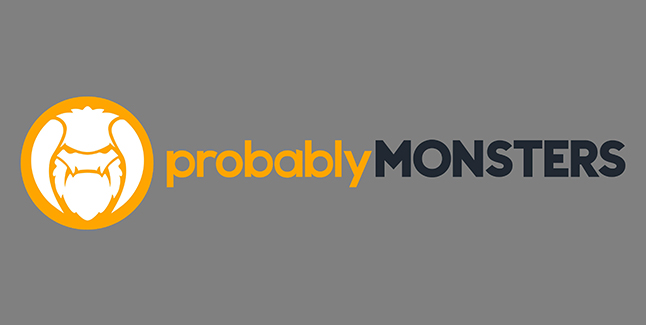 ProbablyMonsters, a developer of game studios and interactive entertainment, has announced its formation under the leadership of CEO and founder Harold Ryan, as well as its first two development studios, Cauldron Studios and Firewalk Studios. Each studio is working on its own “inaugural AAA game franchise” signed by “separate major publishers.”

Described as a “new category of game company for the next generation of gaming,” ProbablyMonsters is neither a traditional developer nor a publisher. Operating behind the scenes since 2016, ProbablyMonsters creates and sustains independently operated development studios, each formed to develop franchises in genres they are passionate about.

“As we enter a new generation of gaming, the industry needs a better model for building AAA studios where game developers can reliably turn their creative vision and effort into exceptional experiences that delight players,” said ProbablyMonsters CEO and founder Harold Ryan in a press release. “Our mission at ProbablyMonsters is to unite, guide, and empower talented game developers in a stable and predictable business environment that respects people, culture, and creativity.”

Find additional details below. Visit the ProbablyMonsters official website here. More information on the company and its studios will be announced in coming months.

With over 20 years of industry achievements, Ryan has been responsible for generating over $5 billion revenue through blockbuster franchises such as Halo, Destiny, Age of Empires, and MechWarrior. He has held distinguished roles including CEO and President of Bungie as well as key positions at Microsoft and with Ensemble Studios and FASA Studios. Ryan negotiated Bungie’s divestiture from Microsoft in 2007 and demonstrated the company’s vision as a leading independent game developer while securing over a billion dollars in funding and forging strategic partnerships with Activision, Sony, and Microsoft. He is known for creating exceptional and highly creative results—both critically and commercially—with efficient teams, clear goals, and an atmosphere of respect and transparency.

ProbablyMonsters has assembled an exceptional team of leaders, including Lonnye Bower, COO, an engineering leader experienced in large scale projects who was formerly Worldwide Technical Lead at Microsoft. Fiscal management and strategic planning expertise is provided by Douglas Kikendall, CFO, formerly CFO at TheTVDB.com and Oak Harbor Capital. HR and recruiting is overseen by Shannon Armstrong, Chief People Office, an HR leader with over 20 years of experience who was formerly Senior Recruiting Manager at Amazon.