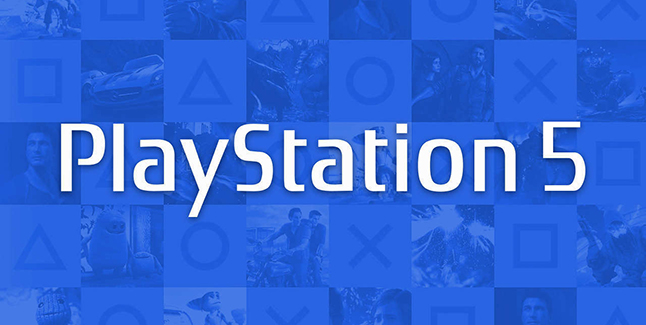 The next-generation PlayStation is officially titled PlayStation 5 and will launch in holiday 2020, Sony Interactive Entertainment announced.

In a newly published Wired article, Sony shared more details on the platform with a specific focus on its new controller:

• PlayStation 5 supports ray-tracing. This is not a software-level fix. “There is ray-tracing acceleration in the GPU hardware,” system architect Mark Cerny said, “which I believe is the statement that people were looking for.”

• Physical games will use 100 gigabyte optical discs, which are inserted into an optical drive that doubles as a 4K Blu-ray player.

• The user interface has been completely revamped. “Even though it will be fairly fast to boot games, we don’t want the player to have to boot the game, see what’s up, boot the game, see what’s up,” Cerny said. “Multiplayer game servers will provide the console with the set of joinable activities in real time. Single-player games will provide information like what missions you could do and what rewards you might receive for completing them—and all of those choices will be visible in the UI. As a player you just jump right into whatever you like.”

• The PlayStation 5 controller looks like the DualShock 4, but has a little hole in it, which Cerny said will be discussed at a later time. One of its new features is the “adaptive triggers,” which offer varying levels of resistance, and can make shooting a bow feel authentic in that the tension increases as you pull the arrow back, or make shooting a machine gun feel different from shooting a shotgun. It also has haptic feedback “far more capable” than the rumble motors of current controllers, with “highly programmable” voice-coil actuators in the left and right grips of the controller.

– Astro Bot: Rescue Mission – “I ran a character through a platform level featuring a number of different surfaces, all of which gave distinct—and surprisingly immersive—tactile experiences. Sand felt slow and sloggy; mud felt slow and soggy. On ice, a high-frequency response made the thumb sticks really feel like my character was gliding. Jumping into a pool, I got a sense of the resistance of the water; on a wooden bridge, a bouncy sensation.”

– Gran Turismo Sport – “Driving on the border between the track and the dirt, I could feel both surfaces. Doing the same thing on the same track using a DualShock 4 on a PS4, that sensation disappeared entirely. It wasn’t that the old style rumble feedback paled in comparison, it was that there was no feedback at all. User tests found that rumble feedback was too tiring to use continuously, so the released version of Gran Turismo Sport simply didn’t use it.”

• The PlayStation 5 controller uses a USB Type-C connector for charging and has a larger-capacity battery. While a bit heavier than the DualShock 4, it will still be a bit lighter than the current Xbox controller “with batteries in it.”

• A number of studios already have PlayStation 5 development kits, and the controller prototypes began rolling out more recently.

• Shadow of the Colossus developer Bluepoint Games is working on a PlayStation 5 title. “We’re working on a big one right now,” said Bluepoint Games president Marco Thrush. “I’ll let you figure out the rest.” He added, “The SSD has me really excited. You don’t need to do gameplay hacks anymore to artificially slow players down—lock them behind doors, anything like that. Back in the cartridge days, games used to load instantly; we’re kind of going back to what consoles used to be.”

While PlayStation 5 is still more than a year away, Sony Interactive Entertainment president and CEO Jim Ryan said in a PlayStation Blog post that there are still “plenty of blockbuster experiences coming your way on PS4, including Death Stranding, The Last of Us Part II, and Ghost of Tsushima.”