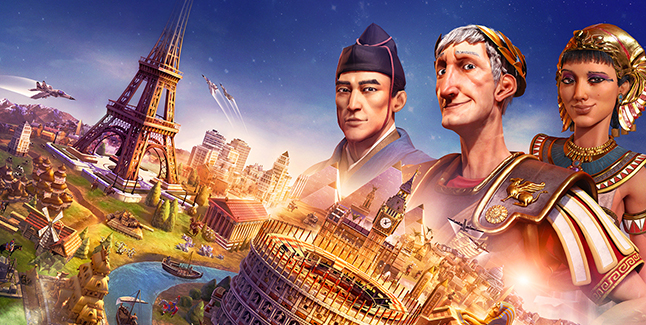 It has been over a decade since Sid Meier’s Civilization has graced a PlayStation or Xbox console and Firaxis Games has shared that the critically acclaimed turn-based strategy series is coming to PlayStation 4 and Xbox One on November 22.

Watch the Cvilization VI for PS4 and Xbox One Trailer:

Originally created by legendary game designer Sid Meier, Civilization is a turn-based strategy game where you attempt to build an empire to stand the test of time. The latest entry in the franchise, Civilization VI, offers new ways to engage with your world: cities now physically expand across the map; your actions help boost technology and civics research; and competing leaders pursue their own agendas based on their historical traits as you race to achieve victory. 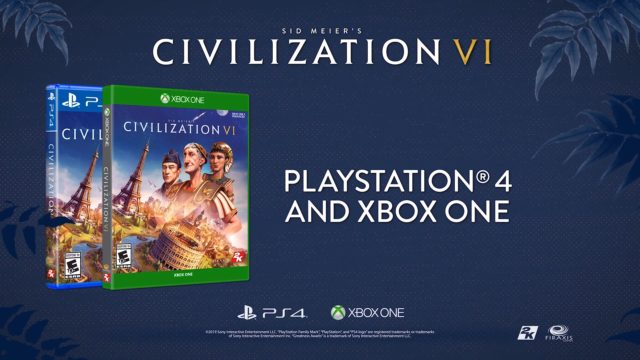 The Expansion Bundle that includes both Rise and Fall and Gathering Storm adds a host of additional civilizations and leaders, new gameplay systems and depth, and unique challenges to the Civilization VI experience.

• In Rise and Fall, your choices will either inspire Loyalty or risk rebellion as you fight to maintain your empire and propel your civilization into a Golden Age. Lose your peoples’ Loyalty and you may find yourself in a Dark Age, but don’t fear – you may be able to rise again and trigger a Heroic Age.

• In Gathering Storm, the world is more alive than ever. Natural disasters like volcanic eruptions or storms can pillage or destroy your improvements and Districts. An evolving global ecosystem, shaped by your choices, can change the planet’s climate for better or worse. And, with the addition of the World Congress, you can make your voice heard among the other leaders of the world.

Nintendo Switch owners will be able to download the Rise and Fall and Gathering Storm Expansion Bundle on the same day.