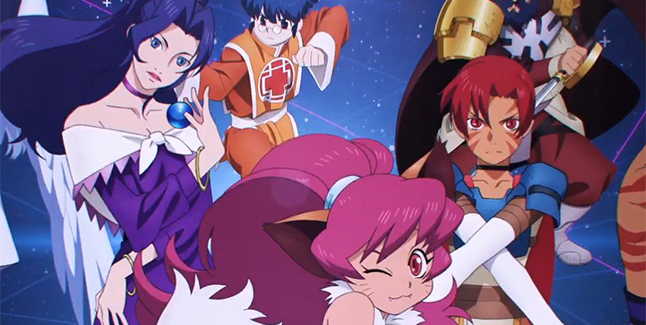 Star Ocean: First Departure R will launch digitally for PlayStation 4 and Switch in the west day-and-date with Japan on December 5 for $20.99 / £16.99 / £16.99, publisher Square Enix and developer tri-Ace announced.

Pre-orders for the PlayStation 4 version will include a PlayStation 4 commemorative theme and a digital mini soundtrack from the Star Ocean Live 2019 concert. Pre-orders are available now (United States, United Kingdom, etc.)

From a power yet undiscovered, a new generation will be born.

Our tale begins on the primitive planet of Roak where Roddick lives in the peaceful and uneventful town of Kratus.

As a member of the village’s local “Defence Force” tasked with the protection of Kratus, Roddick learns of a mysterious disease that has broken out in the neighboring town. Those infected turn to stone, but continue to live on in a petrified state.

Roddick, along with his two friends Millie and Dorne, make their way to the neighboring town. Informed of a cure for the sickness, they head to Mt. Metorx where a healing herb is rumored to grow. When they reach the summit, the party encounter Ronyx and Ilia, who appear before them in a pillar of light.

Originally released in the west on the PSP (PlayStation Portable) system, Star Ocean: First Departure R tells the story of a young swordsman, Roddick, and his companions who at first set off on a journey to find the cure to a deadly disease, which then spirals into an adventure that spans across the sea of stars. This HD remaster version includes the following features and boosts to enhance the experience:

For further reading, the PlayStation Blog has posted an interview with character illustrator Katsumi Enami.