In Japan, Final Fantasy Crystal Chronicles Remastered Edition will be available both physically and digitally for PlayStation 4 and Switch for 4,800 yen, and for iOS via the App Store and Android via Google Play for 2,800 yen. The iOS and Android versions can be downloaded and played for free to a certain extent. PlayStation Store pre-orders include a special PlayStation 4 theme featuring artwork from the original game and the physical edition box artwork as a bonus. 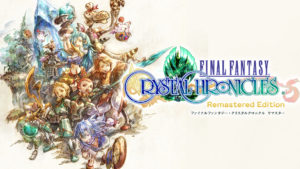 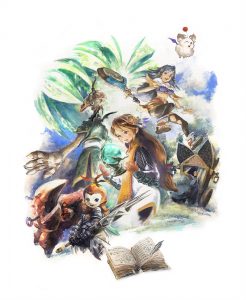 New features in the Remastered Edition include:

Here is a brief overview of the game, via Square Enix:

“Long ago, a giant meteorite fell on the land, and deadly miasma blanketed the world. Crystals keep the miasma in check, but the crystals’ power is not eternal. Young adventurers embark on a journey once a year seeking “drops of myrrh” to purify the crystals. These are the chronicles of brave young adventurers who journey to protect their home. These are the “Crystal Chronicles.”