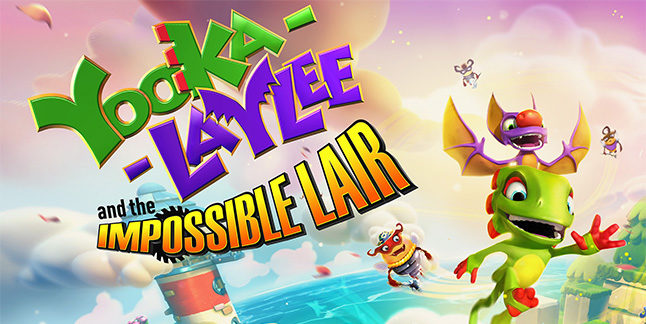 Yooka-Laylee and the Impossible Lair, the latest adventure from independent developer, Playtonic Games, is available now to pre-order and will launch on PlayStation 4, Xbox One, Nintendo Switch, and PC, on 8th October 2019, Team17 has announced.

Check Out the Yooka-Laylee and the Impossible Lair – Release Date Trailer:

The return of ‘Tonics’, game-modifying potions first encountered in the original Yooka-Laylee, has also been confirmed. More than 60 Tonics can be collected, giving players the ability to mix up the game in brand-new ways. In Yooka-Laylee and the Impossible Lair, Tonics not only affect gameplay – including infinite rolling, harder enemies, and super speed – but also unlock new environmental and visual effects!

A range of exciting 2.5D levels sit within an expansive 3D Overworld, as Yooka-Laylee and the Impossible Lair sees the duo unite in order to rescue members of Queen Phoebee’s Royal Beettalion Guard from the dastardly Capital B, in a quest to ultimately take on his most nefarious challenge yet: The Impossible Lair. 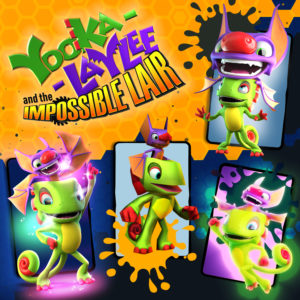 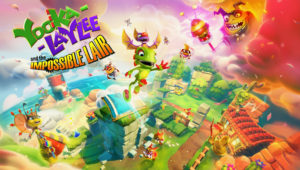 Pre-orders for the game can be made from today, providing players access to the exclusive ‘Trowzer’s Top Tonic Pack’, a collection of four exclusive cosmetic Tonics perfect for players eager to start their adventure through the Royal Stingdom:

• D.I.S.C.O. tonic: Turn every level into a platforming party of Playtonic proportions

• Yooka 64: A blast from the past Tonic for fans of all things retro

“We’re excited to announce we are just a few weeks away from sending Yooka and Laylee off onto their next adventure against Capital B,” said Gavin Price, Managing Director & Creative Lead at Playtonic Games. “Yooka-Laylee and the Impossible Lair takes the 2D platforming genre, mixes it up with a 3D world to explore and injects it with the unique humour that Playtonic is known for. Bringing Tonics back in all new flavours (they’re now combinable!) will give the community millions of ways to play the game and we can’t wait to see the results online!”

Tags: Yooka-Laylee and the Impossible Lair