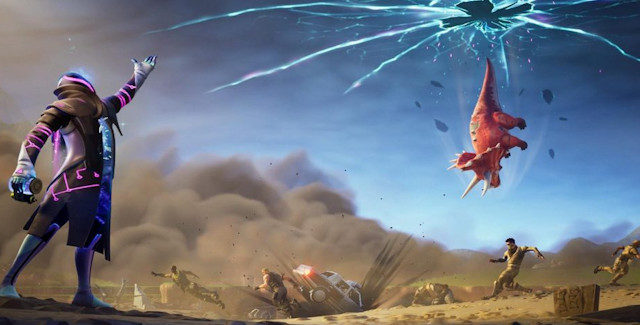 Welcome to the Fortnite Season 10 (X) Week 4 Secret Battle Star Location. Here you will find out how to get the new Battlestar Location in Fortnite Battle Royale week 4 of season 10 (X) on PS4, Xbox One, PC, Mac, Switch & Mobile.

Where to find the Fortnite Season 10 Week 4 Battle Star?

The Season 10 Week 4 Battle Star will not be available until Saturday, August 24, 2019. At which time it can be found on a hill with the fortress on top, in the jungle east of Sunny Steps, at the following map coordinates: I2, I3, J2 & J3. To actually get the Battle Star to appear though, you first need to complete any 3 of the limited time missions in the “The Leftovers” set of challenges (as that unlocks the loading screen with the location hint along with the Battle Star). 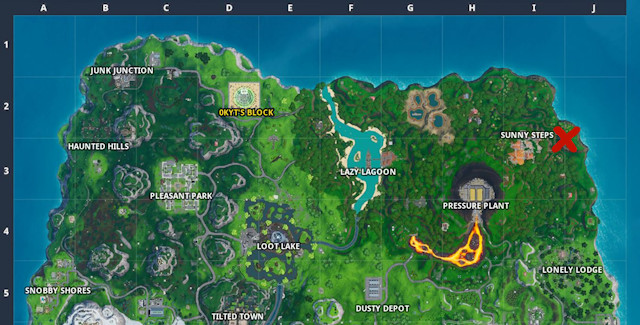 Note: Due to the Battle Stars in the first two weeks of Season 10 being glitched, we decided to simply name the Battle Star after its number 4 instead of the week it comes out in. This one being the Battle Star coming out in Week 3. So don’t be confused if on Saturday you’ll hear players call this the Week 3 Battle Star, as technically it falls in Week 3, but the Week 4 “Junk Storm” timed challenges already begin this weekend including unlocking and collecting this Battle Star #4.

To clarify, last week’s “The Leftovers” challenge Battle Star can be found in the Softdeez ice cream shop in the desert, south-east of Retail Row. As always, you’d first have to have completed any 3 challenges from the limited-time The Leftovers missions.

Let us know in the comments if we should call this the Week 3 or 4 Battle Star?