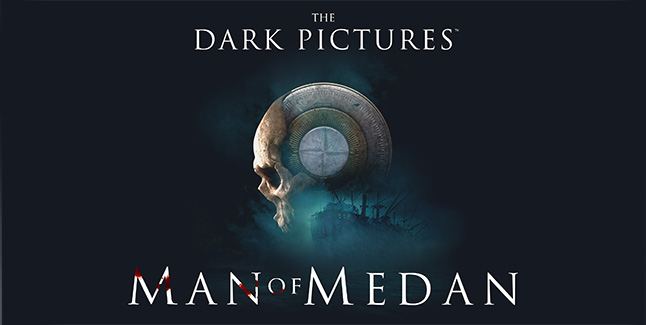 Players will be able to team up to tackle horrors in online and offline multiplayer modes for The Dark Pictures Anthology: Man of Medan, Bandai Namco has unveiled.

Check Out the Man of Medan ‘Don’t Play Alone’ Trailer and an Event Video:

All games from The Dark Pictures Anthology, a series of narrative horror games developed by Supermassive Games and published by Bandai Namco Entertainment Europe, will feature two multiplayer modes in addition to the single player experience, starting with Man of Medan when it launches on 30th August 2019 for PlayStation 4, Xbox One and PC Digital.

• Both players explore the world, make choices and actions that affect the outcome of the story and the fate of the characters you are playing

• Play through scenes from a different perspective to the single-player experience, sometimes together, sometimes apart in totally separate scenes revealing new information, locations and scares

• Play locally in a group of up to 5 players with one controller, pass the pad and play the character of your choice in turn

• Each player takes charge of the movement, decisions and choices of one of the five main characters

• Will you make decisions just to save your own character? Or try and keep everyone else alive?

• At the end of your playthrough, your actions and impacts throughout the playthrough will be judged – with achievements & rewards for each player

“We’re delighted to reveal two very different multiplayer modes ahead of the launch of the first title in The Dark Pictures Anthology. We know from fan reactions to Until Dawn, that multiplayer was a massively desired feature for Man of Medan, so we’re sure players will love tackling the horrors of the world from new perspectives” said Pete Samuels, Executive Producer and Series Director for The Dark Pictures Anthology at Supermassive Games.

“We designed Man of Medan, and every game in The Dark Pictures Anthology, from the very beginning with both single and multiplayer in mind. Now, in Shared Story Mode, players can experience two sides of the same scenes from completely different views – the actions of each shaping the story…and the fate…of the other.”

Those that pre-order Man of Medan will receive early access to the Curator’s Cut from launch. This mode, available once players have completed the game, features scenes playable from the other characters’ perspective, with brand new choices and decisions to make. You’ll be replaying the whole story from different viewpoints and influencing the outcomes in different ways. The Curator’s Cut will subsequently be available for free at a later date for all players.