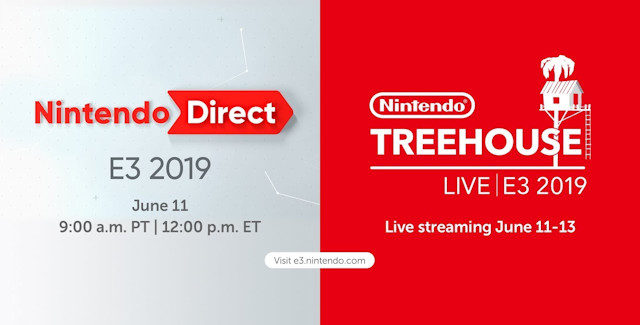 The E3 2019 Nintendo Press Conference is once again with Treehouse Live this year. The broadcast aired today, and has revealed brand new information about Nintendo’s Switch game lineup. Nintendo’s E3 2019 keynote conference started on June 11th at 9:00AM PDT (Pacific USA) / 12:00PM EDT (Eastern USA) / 5:00PM BST (London) / 2:00AM AEST (Sydney, Australia) opens for 45 minutes with a spotlight and the livestream continues afterwards for 3 hours all day and again the 2 days after. What follows is a bulletpoints roundup…

• The Legend of Zelda: Link’s Awakening Remake chibi amiibo announcement possible during the post-show. Adds a new plus-effect gameplay variance to the Dungeon Mode like the Shadow Link boss (lots of Rupees rewarded upon beating him). Other Zelda character amiibo will work with the game too.

Credit: Nintendo Livestream. 400,000 & 800,000 on Twitch & Youtube and a million more spread across other streams/platforms.