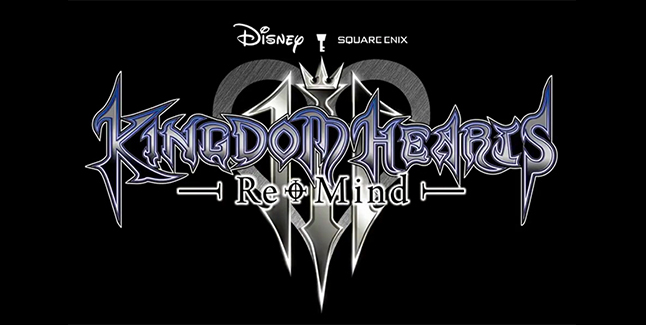 At the Kingdom Hearts: World of Tres orchestra event in Los Angeles, Nomura Tetsuya took to the stage to reveal further details about the Kingdom Hearts III Re:Mind DLC. After showing a trailer of the DLC, he revealed that fans can expect to purchase the DLC this winter for Xbox One and PlayStation 4 systems.

The trailer opens on Young Xehanort speaking the Master of Masters in the Keyblade Graveyard, shortly after he left his training as a Keyblade Master to tour the worlds. The trailer also featured Sora weilding the Oathkeeper Keyblade, as well as a new Keyblade Transformation that is attached to that Keyblade.

A big reveal was that Roxas, Riku, and Aqua are now playable during the Keyblade Graveyard boss fights. It is unknown if these are within the main storyline or a part of a data battle type scenario.

The trailer closed on a cryptic conversation between Xigbar and Luxord in Olympus, tying the two together with the storyline of Kingdom Hearts Union x.