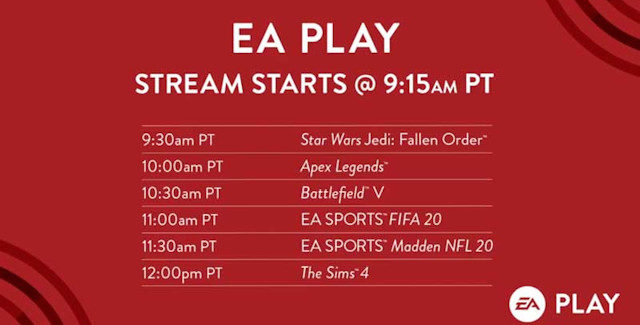 The format this year was changed to a 30-minutes-long gameplay segment per game, for 6 games total, instead of an 1.5 hour long boring drawn-out press conference.

Missing from the show were: The Sims 5 (instead we got a new expansion pack for The Sims 4), NHL 20, Rory McIlroy PGA Tour 20, etc.

Credit: EA Livestream. 50,000 + 100,000 livestream viewers at its peak on Youtube & Twitch. – It was probably so low due to the discussed games being listed beforehand, so people could tune into the game they wanted to see.