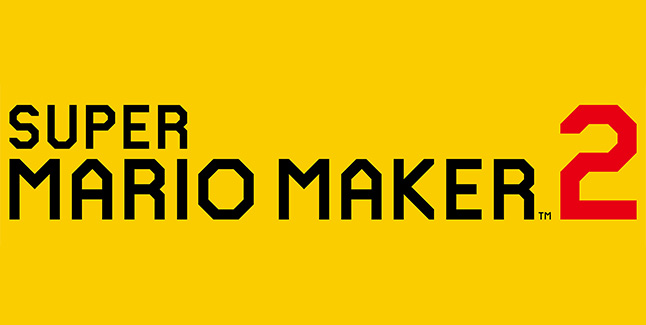 The deep dive into the game revealed some of what’s new in Super Mario Maker 2, including new course parts and tools; a new single-player story mode with more than 100 Nintendo-created courses; new course themes; details about online course sharing; options to create and play together with others; and information about a special offer for Nintendo Switch Online members. The presentation also covered the upcoming Super Mario Maker 2 Invitational 2019 tournament, streaming live online the weekend before E3 from Los Angeles. The Nintendo Direct was stuffed with more fun goodies than a ? block!

Super Mario Maker 2 puts the power of creating unique Super Mario courses into the hands of the player,” said Nick Chavez, Nintendo of America’s Senior Vice President of Sales and Marketing. “Video game fans of all ages have more tools than ever to help them stretch their imaginations as they make, play and share the Super Mario courses of their dreams.”

Some of the highlights revealed in the video include:

• What’s New?: There are a ton of new course parts, tools and features for creators to use in Super Mario Maker 2, some of which include:

– Slopes – Create angled surfaces by just picking a direction and setting the length. Gentler slopes are an additional option.

– Angry Sun – Remember the angry sun that attacked Mario in the Super Mario Bros. 3 game? It’s back and ready to put the pressure on players in this new game.

– ON/OFF Switch – Hit an ON/OFF Switch, and all the red and blue blocks in the course will swap! Setting them up wisely will help players create tricky puzzles and obstacles.

– Water Level – The water level in Super Mario Maker 2 can be adjusted in the Forest theme, so only half the course can be underwater if that’s what the player wants. Water can even be set to rise and fall at different speeds over time.

– Banzai Bill – The red variations of these classic Super Mario enemies have a homing function, and chase poor Mario wherever he goes.

– Co-op Making: Pass a Joy-Con controller to a friend to create a course together, side by side.

– To Be Continued…: There are more secrets in Super Mario Maker 2. Players will have a blast experimenting with all the tools and features they can use to create.

• Story Mode: In the single-player Story Mode, which can be played entirely offline, Mario sets out to help rebuild Princess Peach’s castle. To fund this reconstruction project, he needs to collect Coins, which he can earn by accepting jobs from the bulletin board and completing the associated courses. Story Mode is a great way for makers to get inspired, with more than 100 original Nintendo-crafted courses to play.

• New Course Themes: In addition to all the course themes from the original game, players will be able to create and play courses using the Desert, Snow, Forest and Sky themes. These themes feature new music by veteran Super Mario series composer Koji Kondo. The new Moon course part can be used to unlock night versions of themes. Depending on the theme used, wild things will happen at night, including floating Goombas, dimmed lighting in the Ghost House and sandstorms in the Desert. Some items might even transform in the nighttime…

– Cat Mario – Cat Mario can climb walls, scratch, slide and pounce on enemies. Players can even use Cat Mario to climb up the Goal Pole!

– Clear Pipe – Clear Pipes can be placed in any shape the player wants, but they have to be careful, as enemies can also slide through them.

– Koopa Troopa Car – Hop in this sweet ride and zoom through the course. Players just have to make sure not to crash!

– Who’s Who in Super Mario 3D World?: A cast of other familiar faces will also make appearances in Super Mario Maker 2, so players are in for a treat! 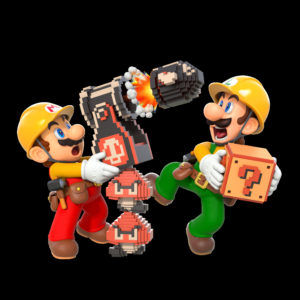 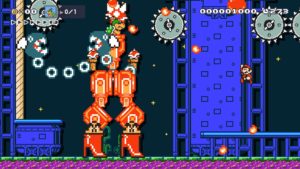 • Course World: An online hub where players can play and share courses, as well as play together, Course World is available for players around the world who have a membership to Nintendo Switch Online. Players can browse by Popular Courses, New Courses or even search for specific tags like “puzzle-solving” or “autoscroll” using a set of filters. Once a course is downloaded, it can be played anytime – including offline! Players can also personalize their Mii character’s appearance using items like shirts and hats that unlock after completing various objectives. In Endless Challenge, players will try to complete as many Course World courses as possible on the difficulty of their choice before getting a game over. Earning impressive scores in this mode might even get the player on the Leaderboards!

• Play Together: In Course World, players can play courses with people all over the world. When playing with four players, players play as Mario, Luigi, Toad or Toadette.

– Multiplayer Versus – Four players face off in a side-scrolling showdown in this online multiplayer mode. Each player will be assigned a different character, then race each other in a randomly selected course. The player who clears the course first wins and increases their Versus Rating.

– Multiplayer Co-op – In this online mode, up to four players must work together to beat the course. If one player finishes it, everyone wins!

– Nearby Play – If up to four players each own a Nintendo Switch system and the Super Mario Maker 2 game, one can set up a virtual room that the others in the same location can join to play together on their own systems. Only the player setting up the room needs an internet connection.

• Nintendo Switch Game Vouchers – For $99.99, fans with a paid Nintendo Switch Online membership can purchase a set of two Nintendo Switch Game Vouchers from Nintendo eShop. For a limited time, players can redeem these vouchers for two eligible digital games in Nintendo eShop. For example, players can pre-purchase Super Mario Maker 2 and also grab another fun game like Super Smash Bros. Ultimate, Super Mario Odyssey, Yoshi’s Crafted World or The Legend of Zelda: Breath of the Wild. By redeeming these vouchers, users are saving up to $19.99 on the combined suggested retail price of two games. Vouchers are redeemable for one year from the date of purchase and don’t have to be used at the same time. For more information about this limited-time special offer, visit https://www.nintendo.com/switch/online-service/special-offers/.

• Super Mario Maker 2 Invitational 2019 – On June 8, four members of the Super Mario Maker community will compete in a variety of wild and unpredictable Super Mario Maker 2 courses designed by Nintendo’s Treehouse team. The event will open up the festivities at The Theatre at the Ace Hotel in Los Angeles, starting at 11 a.m. PT, and will be followed by the Splatoon 2 World Championship 2019 and the Super Smash Bros. Ultimate World Championship 3v3 2019. For more information about the event, including ticketing information, visit https://e3.nintendo.com/.