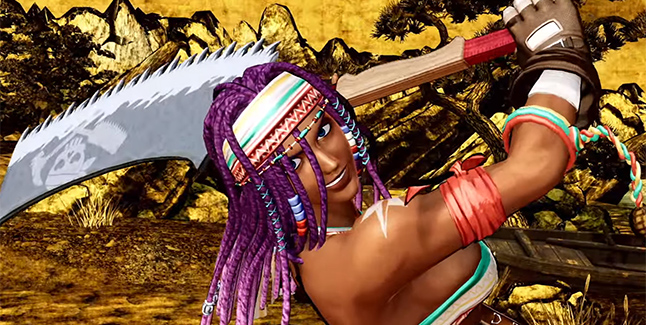 Here is an overview of the fighter:

“A shipwright who has mastered the use of various tools. She washed ashore an island at an early age, where carpenters taught her how to make things and pirates taught her how to protect herself and survive. She is currently building a ship said to be unsinkable with her comrades at the island’s workshop.”

If you missed it, the first trailer introduced Nakoruru.

Samurai Shodown is due out for PlayStation 4 and Xbox One on June 27 in Japan, and in June in North America and Europe. Switch and PC versions are planned for release in winter 2019.