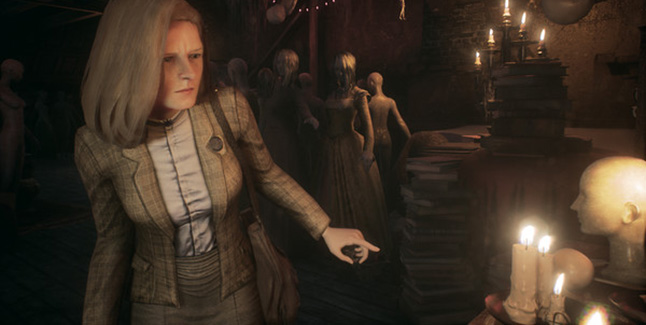 The first entry in the trilogy, Remothered: Tormented Fathers, was honored as the Best Italian Video Game of 2018 at the eighth annual Italian Video Game Awards ceremony in Rome on April 11. It is available now for PlayStation 4, Xbox One, and PC, and is coming to Switch in 2019.

“We’re very excited to be bringing Remothered: Going Porcelain to fans of the genre,” said Modus Games CEO Christina Seelye. “The first game captured the attention of horror fans, and the second will have them anxiously awaiting the third!”

Darril Arts creative director Chris Darril added, “I am immensely proud of the success gained by Remothered: Tormented Fathers and even more proud about the collaboration that will give life to the second title of the trilogy. Get ready for something new, something mad, something to be scared of and to cry for at the same time. Get ready to enter a tragic love story.”

Stormind Games CEO Antonio Cannata commented, “It’s an incredible honor to receive recognition amongst Italian developers as being the best in horror and indie today. We can’t wait to surprise and terrify people all over again in Remothered: Going Porcelain.”