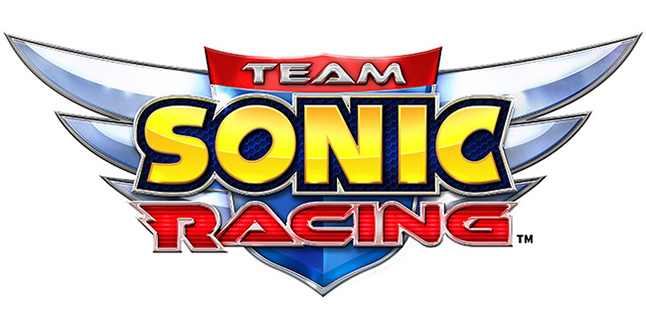 Here’s Team Sonic Racing image gallery. Click on any of these image thumbnails to see the full-size screens: 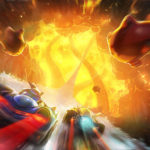 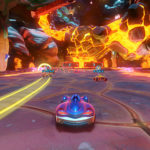 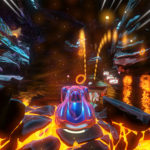 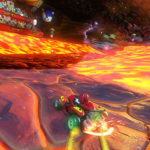 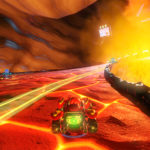 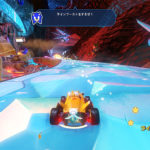 Here is an overview of the map, via Sega:

“Hidden Volcano is a lava zone course hidden deep within the ice-covered Glacier Land area. This area is distinguished by its lumps of ice created by the scorching hot magma within the iceberg and complicated terrain due to lava rocks. It requires calm judgment and bold technique to conquer its slippery ice roads and varying bumpiness caused by tears in the earth. At the starting line, a lava giant towers above the track and swings its fist downward to block the racers’ path forward.”