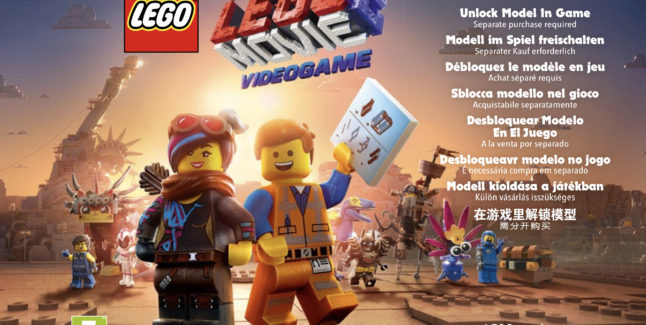 Take a look at the complete cheats list below…

Cheat Activation Tip: To turn on cheat codes, you first have to be in-game. Next, during gameplay press pause. Like in every Lego game you can enter codes from the Main Menu by selecting “Extras” Options and then “Enter Code”. After which you can activate the cheat. Remember that the next time you play the game, you’ll have to activate the cheats again. Note: Let’s hope more cheats get revealed soon by us all doing Lego Surveys and getting new codes at the end! Or from the back of the movie’s figure polybags, if you bought a Lego set try this Lego Survey.

[WORK-IN-PROGRESS: MORE CHEAT CODES TO BE ADDED AFTER LAUNCH!]

The PC version of The Lego Movie 2 Videogame gets downloadable content (DLC) right away. But only if you pre-order the game.

– Get Early Access to “The Lego Movie 2 Videogame – Prophecy Pack” Character Pack DLC, which is available at launch for free for those who pre-ordered the The Lego Movie 2 Videogame on Steam. Which means it should become available to everyone else on PS4, Xbox One & Switch at a later time as a buyer bonus.
It includes: Play as your favorite film characters from the first LEGO Movie. This character pack has…
• Young Vitruvius
• An unsuspecting Emmet in his pajamas
• A Kragle-loving Lord Business
• Shakespeare
• Cleopatra
• Classic Metal Beard

No other DLC Character Packs have been announced, but there will be a free “Galactic Outskirts” Season Pass with 3 DLC worlds.

Credits: Steam & GameUnboxingReviews for the DLC info and Mike & Mordaki987 for the cheats.

Do you know of any The Lego Movie 2 Videogame cheats or unlockables? Let us know in the comments, you’ll get credit for finding out. – Thanks for visiting!