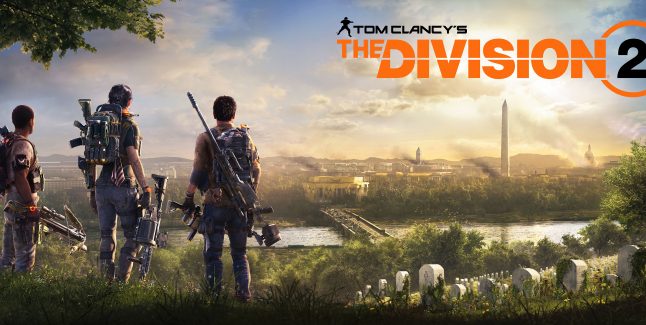 The private beta for The Division 2 will be held next week and Ubisoft has revealed details of what players will be able to sample during their trial. The beta will have two main missions (playable on Normal and Hard mode), five side missions and bonus activities, one of the three Dark Zones from the final game and an organized PvP game mode called “Conflict.”

Check Out the The Division 2 Private Beta Trailer:

Along with those early missions, some endgame content will be available to try. Relegated to a special “Invaded” mission, this early look at the endgame will start on February 8 at 8 pm PST. This will put players at the level cap of 30 and let them try out the new specialist classes in The Division 2. You can safely skip the content if you don’t want any spoilers for the story. 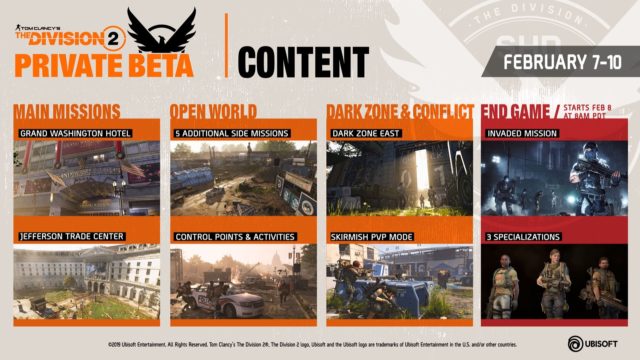 The private beta will be running from February 7 at 1 am PST until February 11 at 1 am PST. You’ll be able to pre-load the beta on February 6 so that you can jump straight in when it starts. Available on all platforms (PS4, PC, Xbox One), access is limited to pre-orders from participating retailers. If you don’t want to pre-order, you can sign-up for a chance at access on Ubisoft’s website.