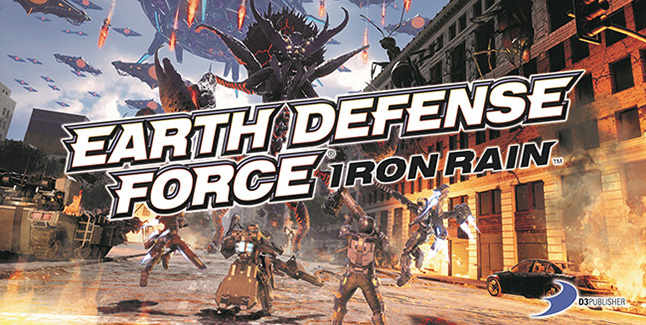 The alien shooter is available for pre-order now via the PlayStation Store in both $59.99 Standard and $89.99 Ultimate editions. Pre-orders for either edition include exclusive customized costumes, enhanced weapons, and more. The Ultimate Edition also includes a critical weapon and additional mission scheduled to release shortly after launch. More information on the extra content and pre-order bonuses of both editions can be found at the official website. 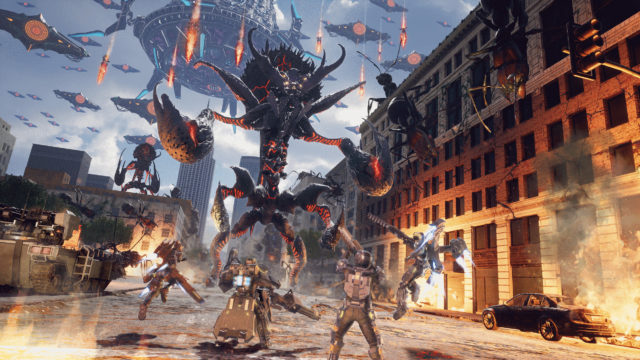 Twelve years have been passed since mankind’s first encounter with the alien “Aggressor” invasion that devastated planet Earth. In this time of great despair, the battle to free mankind from the Aggressor’s extended assault continues in Earth Defense Force: Iron Rain.

Developed by Yuke’s with the Unreal Engine 4, Earth Defense Force: Iron Rain is the best-looking Earth Defense Force to date. Players will see and feel the difference with an overwhelming number of on-screen invaders raining down from the sky in over 50 intense, story-driven missions.

Since it first launched in 2003 for the PlayStation 2 console, the Earth Defense Force series has earned a strong reputation for its relentless wave shooter gameplay and co-op fun, featuring swarms of enemies, a wide array of unique classes and weapons—and charming B-movie dialogue and settings with cities under siege by giant insects, kaiju monsters, and alien invaders.

This focus on pitting players against an overwhelming force of enemies continues in Earth Defense Force: Iron Rain while introducing exciting new gear and technology for stalwart Earth Defense Force soldiers and a brand-new separatist faction, the Kindred Rebellion. Players will need all the help they can get as the Aggressor’s alien invasion of giant insects, monsters, and mechs continues to rain down terror around the world.

• Master Four Soldier Classes: Thanks to advances in “PA-Gear” technology, the Earth Defense Force are on more equal footing with the “Aggressors.” These powered exoskeleton suits can be customized with hundreds of weapon, armament, and item loadout combinations with four unique soldier classes, each with their own critical Over Drive ability to change the tide of battle, including the Trooper, Jet Lifter, Heavy Striker, and most notably, the brand-new Prowl Rider.

• Multiplayer: Staying true to the series’ roots in arcade action, both online and local multiplayer split-screen modes are available. Online supports up to six player co-op – and the new Mercenary mode, which finds teams competing for Energy Gems hosts up to eight players.

• Character Customization: For the first time in the series, players will step into the boots of Closer, a decorated war hero who awakens from a seven year coma. Players can customize his or her appearances before diving into the game’s character driven campaign.