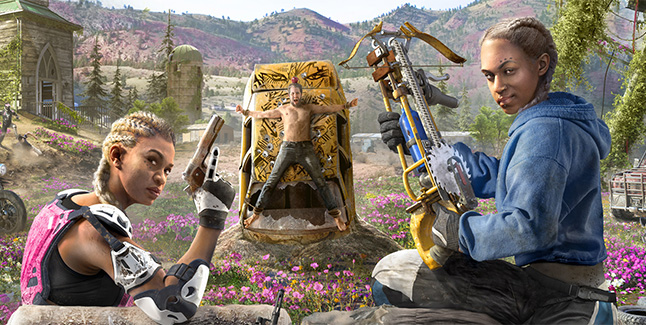 Ubisoft has released a new story trailer and screenshots for Far Cry: New Dawn, and several outlets have gone up with new gameplay videos.

Here is an overview of the game, via Ubisoft

Seventeen years after a global nuclear catastrophe, civilization re-emerges from the chaos to find a world dramatically changed. In a post-apocalyptic Hope County, Montana, the remaining populace has gathered into different groups, each with their own rules for survival.

In this new world order, the vicious Highwaymen, led by twin sisters Mickey and Lou, travel from place to place bleeding people dry of all available resources. As the Survivors try to defend their lands against the Highwaymen’s relentless onslaught, it’s up to you to come to their aid and lead the fight.

In the latest installment of the award-winning Far Cry franchise, you are the last line of defense in a transformed, post-apocalyptic Hope County. Help the community of Survivors grow stronger, craft a makeshift arsenal through Turf Wars and cross-country Expeditions, and form unexpected alliances to fight for survival in a dangerous new frontier.

Here’s Far Cry: New Dawn image gallery. Click on any of these image thumbnails to see the full-size screens: 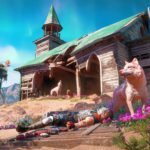 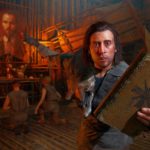 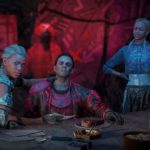 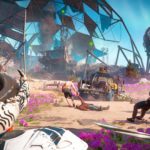 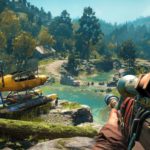 – Clash with the brutal Highwaymen and their unruly leaders Mickey and Lou. Known as The Twins, these sisters combine brains and brawn to give their army an iron grip on Hope County’s precious resources.

– Recruit an eclectic cast of Guns and Fangs for Hire to fight by your side. These new allies, as well as some familiar faces, each bring unique and critical skills to the fray.
– Find the former doomsday cult and seek out the charismatic leader who prophesized the collapse of civilization: Joseph Seed.

• Grow the Survivors to Build Up Your Homebase

– Specialists join the Survivors to help you craft weapons and vehicles, train your Guns for Hire, and even go on Expeditions from the eight Homebase facilities: the workbench, training camp, explosives lab, infirmary, garage, healing garden, cartography, and expeditions.
– Grow your community and upgrade your Homebase to improve your facilities and unlock more powerful weapons and gear.

• Battle for Resources in Hope County and Beyond

– Engage the Highwaymen in Turf Wars by clearing their outposts and then scavenging them for Ethanol and other materials. When the Highwaymen return with stronger reinforcements, you can take on a greater challenge for even more of these valuable resources.
– For the first time in Far Cry, the adventure is not just local. Venture outside of Hope County on thrilling Expeditions to unique and memorable locations across the USA including wetlands, canyons, and coastal regions.
– Expeditions and Outposts are different every playthrough, for rewarding missions that increase in challenge and are surprising every time.

Far Cry: New Dawn is due out for PlayStation 4, Xbox One, and PC on February 15.