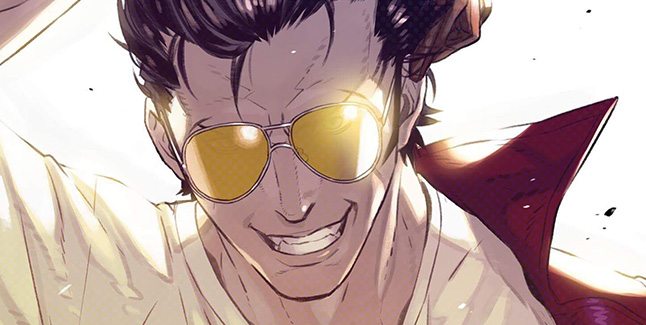 Grasshopper Manufacture has released the launch trailer for Travis Strikes Again: No More Heroes, which is now available worldwide for Switch.

Get into the game—literally! Beam Katana in hand, Travis Strikes Again!

Several years after No More Heroes 2… This time, the setting is a small town in the middle of nowhere in the American South. Badman shows up at the trailer Travis has been living in to exact revenge for the murder of his daughter, Bad Girl, and things go horribly wrong. As they battle it out, the two are sucked into the game world of the legendary game console, the Death Drive Mk?. Developed by Dr. Juvenile, the Death Drive Mk? has six games contained on Death Balls. It’s said that collecting all six and then beating each game allows the player to have one wish granted. Travis and Badman team up to use the Death Balls to bring Bad Girl back to life. 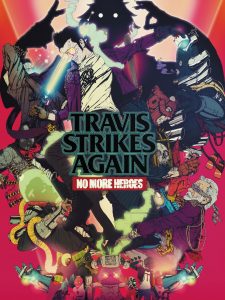 • In the Adventure Part, you can search for Death Balls (game software) and enjoy hilarious interactions between characters.

• Pass a Joy-Con to a friend and team up anytime, anywhere! By performing simultaneous Charge Attacks during co-op play, you can unleash the super-powerful co-op attack Choco Banana with Caramel Ice Cream.

• Collaborations with various indie games! You just may find your own favorite character!

• Features lots of laughs and iconic gags from the NMH series, such as saving your game on the toilet, etc.!

• Hit the road in an all new adventure with gaming’s most hardcore otaku assassin.