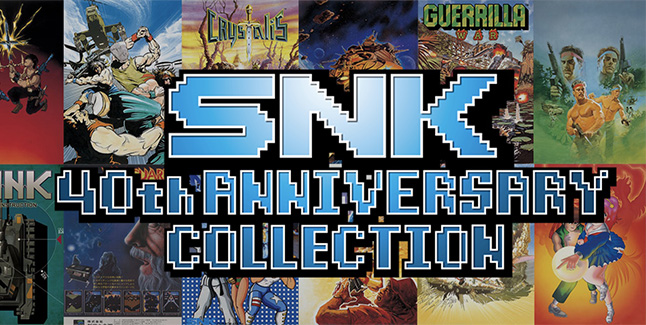 Here is an overview of the PlayStation 4 version, via NIS America:

2018 marked the 40th anniversary of legendary studio SNK! To celebrate this extraordinary milestone, a variety of classic arcade games from SNK’s golden age are coming back together in one anthology on PlayStation 4 as SNK 40th Anniversary Collection, with a treasure trove of features!

This anthology brings together 31 titles from 24 games originating from before the Neo Geo, re-introducing these classics for the modern era.

The Arcade Comes Home! – Save those quarters! Play both arcade and console versions and continuously challenge for another personal best! Choose from over twenty titles and experience an intense blast from the past!
Modern Meets Retro! – The convenience and improvements of modern gaming are all in the collection! Rewind and save at any time while you’re playing, enjoy updated graphics at 4K resolution, and experience redesigned control schemes for a modern feel!
Enter the SNK Museum – An extensive history of SNK and its games await in the Museum Mode. Explore the legacy of one of Japan’s leading developers with high definition artwork and never before seen promotional assets! 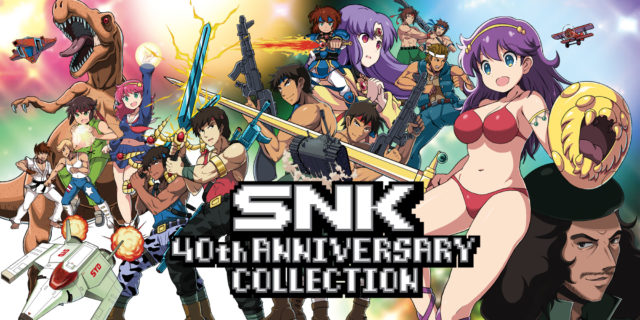 The collection of classic SNK arcade games first launched for Switch in November 2018. It included 13 games at launch, and added 11 further titles via free updates. Here is the full list:

On Switch, each game is rendered in 1080p and has redesigned control schemes. On PlayStation 4, the collection will support graphics rendered at 4K resolution.