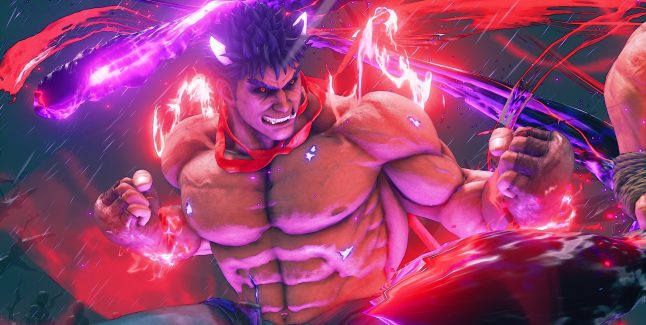 Here is an overview of Kage, via Capcom Unity:

Kage, the Embodiment of the Satsui, rises as the newest character and the beginning of the next season in Street Fighter V: Arcade Edition!

The Satsui no Hado is a dark force tied to the more sinister aspects of the human soul, including the hunger to survive, destroy, and conquer. Those who learn to control it become nearly unstoppable, but at the cost of their humanity. Akuma is one of these beings. In the past, Ryu was constantly struggling with keeping the Satsui no Hado at bay. If he was hypothetically unable to control it, Evil Ryu would manifest and bring a dark obsession to the otherwise peaceful Ryu. However, after the events of Street Fighter V: Arcade Edition, Ryu was able to overcome the Satsui no Hado’s temptation to ensure Evil Ryu would never see the light.

However, the Satsui no Hado living within Ryu became sentient and would rise as the entity known as Kage, meaning “shadow” in Japanese. Kage lives to prove Ryu is nothing without him and seeks to challenge Akuma and Sagat, two of Ryu’s most notorious rivals. Will Ryu succumb to Kage’s schemes? 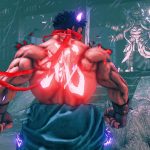 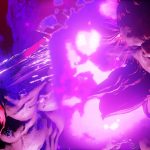 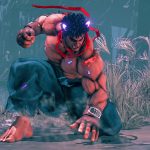 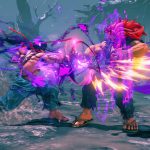 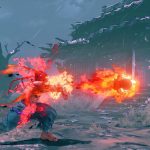 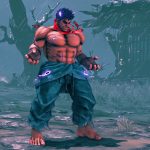 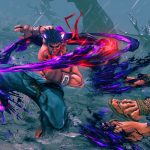 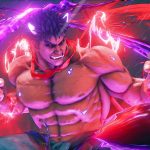 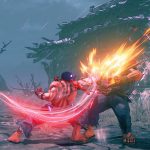 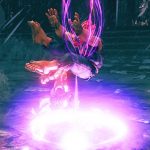 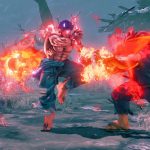 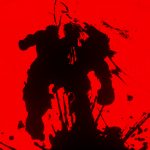 Kage’s move set may resemble Evil Ryu’s, but the embodiment of the Satsui no Hado has his own twist on the abilities you may be expecting.

Hadoken – Kage’s Hadoken sees him emitting energy from his palm, but doesn’t create a traditional fireball, at least in the grounded version. The airborne version of Hadoken emits a fireball horizontally in the air.

Shoryuken – Kage wouldn’t come from Ryu if he didn’t have this iconic move!

Kurekijin – Kage jumps off the ground and rotates only once to deliver a single kick. Kurekijin can also be used in the air.

Ryusokyaku – Similar to Evil Ryu’s “Axe Kick” where he lifts his leg in an arcing motion and slams it down on the ground.

V-Skill: Senha Kassatsu – Kage gathers energy into his fist and lunges forward to punch the opponent. Senha Kassatsu has armor and can be charged for a more devastating blow.

V-Trigger I: Taigyaku Mudo – In this two-bar V-Trigger, Kage unlocks Ashura Senku, a teleport move that is performed by pressing HP+HK. Ashura Senku can be used on the ground and in the air as an air dash, which opens up multiple mix-up options and flashy combos. Taigyaku Mudo also improves Kage’s V-Skill so that he can now combo into it while the fully charged version will crumple the opponent.

V-Trigger II: Rikudo Osatsu – In this three-bar V-Trigger, Kage unlocks Misogi, a move that sends him into the skies before crashing down on the opponent by pressing HP+HK. Misogi can be cancelled into by a number of normal and specials, including blocked sweeps, which makes it a pressure monster.

Metsu Shoryuken – Ryu’s iconic super from previous games lets everyone know that Kage is indeed a part of Ryu. Kage does a devastating upper cut that ends in a flash full of red.

Shun Goku Satsu (V-Trigger II only) – Kage wouldn’t be the Satsui no Hado without having the Shun Goku Satsu! While only available in V-Trigger II, Kage’s version of the Raging Demon can be used to end particular combos with his signature red gracing the screen afterwards.

Kage’s Story Costume resembles a wilder version of Evil Ryu complete with the burned hole in his chest. Kage’s hair is grown out, his gi is on his torso instead of draped around his waist, and a large rope holds it all together.

On the other end of the spectrum, Kage’s Battle Costume is bright, ornate, and regal. Perhaps this is what Kage envisions himself as at the height of his power?

Kage is only the beginning of the next season of Street Fighter V: Arcade Edition! We’re doing things differently this year, so we’re eager to share the details with you soon!