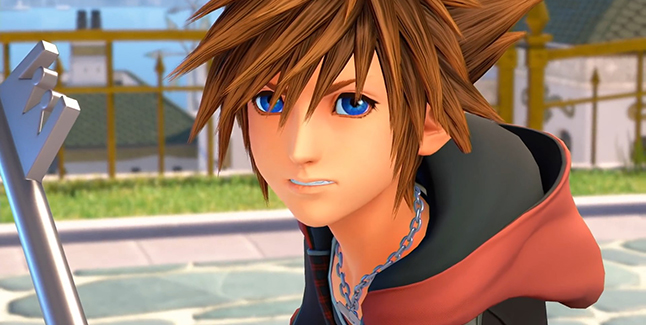 Sora and friends gather for the ultimate battle between light and darkness with today’s release of the latest Kingdom Hearts III trailer.

As unexpected events began to unfold in the Disney worlds at the hands of the enemy’s dark ambitions, the heroic trio of Sora, Donald, and Goofy find adventures ahead, from aquatic battles in the world of Pirates of the Caribbean to dances with the townspeople in the Kingdom of Corona from Tangled. The new footage also showcases Stitch from Lilo and Stitch as a special “link” (summon), as well as cooking-themed Ratatouille Keyblade attacks.

Footage of Kairi wielding a Keyblade and what may be a glimpse of Sora’s Nobody all point to new pieces of the title’s storyline.