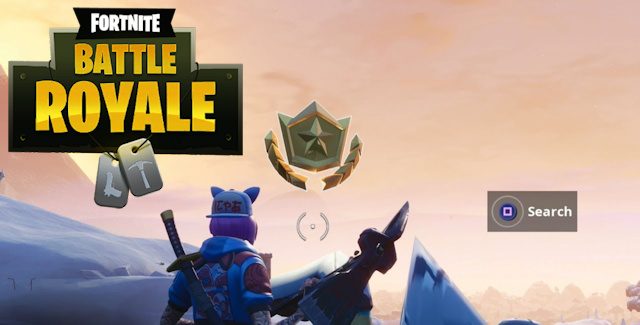 How To Find Search Challenge Locations In Fortnite Battle Royale – Season 7 Week 1: This video guide will show you Season 7 Week 1 of Fortnite’s Battlepass Challenges that includes finding all of the Chest as well as the Crown of RV’s, Metal Turtle, Submarine & Forbidden locations around the map.

Challenge Locations covered for Season 7 Week 1 in the video guide are:

Note: Week 10 challenges will be available on December 4th at 4am ET/8am GMT. This was an intended change to push back Weekly Challenges to Thursdays (half a year ago). That’s why they are not working until Thursday. 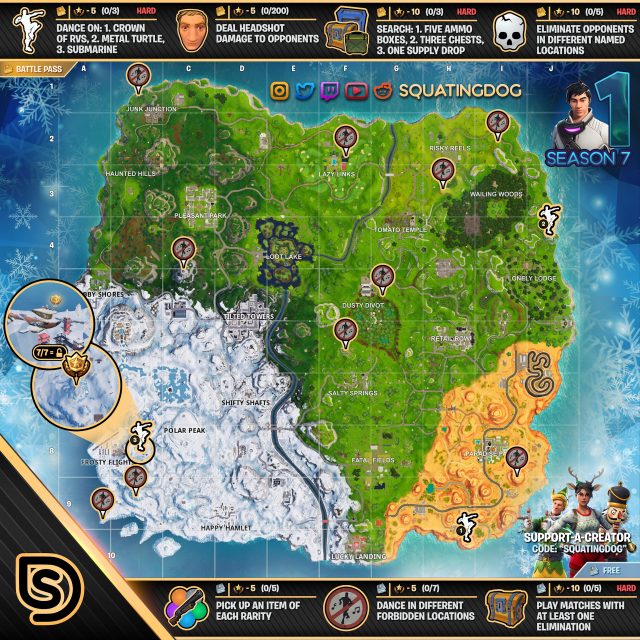 Tips: The Season 7 Week 1 secret Snowfall Battlestar can be found on the house, on top of the submarine in the snow biome area.

To actually get the star to appear though, you first need to complete ONE set from any of the weekly challenges (weeks 1-10).

Once any of them has been completed, this secret battle star can be collected and the challenge “Find the Secret Battle Star in Loading Screen #1” will appear in the Snowfall Challenges. It will reward you with one full battle pass tier.

Tip: All 7 Forbidden Locations you need to dance in order to complete this Fortnite Season 7 Week 1 Challenge.

• Play matches with at least one elimination – HARD (5)

Note: The second stage requires you to “Dance on Top of a Metal Turtle”.

Note: The third stage requires you to “Dance on Top of a Submarine”.