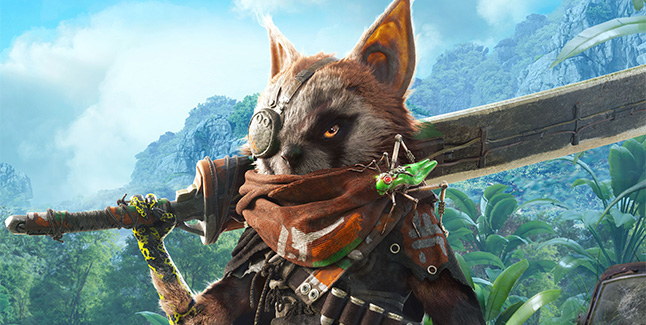 Publisher THQ Nordic and developer Experiment 101 have released a new trailer for open-world action RPG Biomutant introducing a look at the game’s world and some of its characters.

Check Out the Biomutant New Trailer:

Biomutant is due out for PlayStation 4, Xbox One, and PC in summer 2019.

• A new take on 3rd person combat: The martial arts style combat system allows you maximum freedom of movement and agility while mixing shooting, melee and powers from your mutations.

• Evolve your gameplay: You’ll be able to recode your genetic structure to change the way you look and play.

• Next level of crafting: Mix and match parts to create your own unique single- or double-handed slash, crush and pierce melee weapons.

• Gear up for adventure: You have full freedom when equipping your character. Not only when it comes to choosing weapons you created, but also what type of gear you wear.

• Survive in a vibrant open world: You’ll create your own adventure as you journey explore the open world and what lies beneath its surface, by foot, mech, jet-ski, air-balloon and more.

• An unusual story with an unusual end: A plague is ruining the land and the Tree-of-Life is bleeding death from its roots. The Tribes stand divided, in need of someone strong enough to unite them or bring them all down…