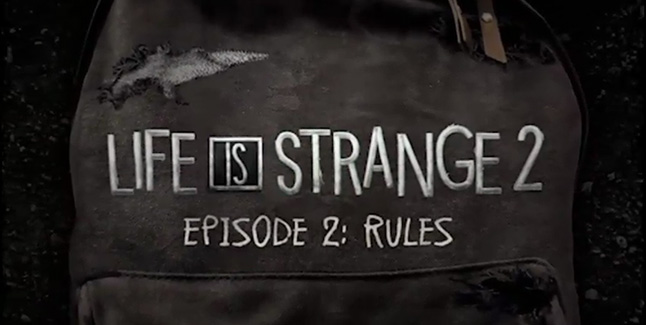 The second episode of Life is Strange 2, dubbed “Episode 2: Rules,” will launch in January 2019, with more information to be announced in December, developer Dontnod Entertainment confirmed in the game’s latest developer update.

Here is Dontnod Entertainment on the release timing:

“The Life is Strange series is a project close to all of our hearts and one for which we do not want to rush development and thereby fail to meet the benchmark of quality and emotional impact that you, our players, deserve. This is why we so far have not announced an official release date – we want to ensure that we will be in a position to release something that we are proud of and that you will enjoy and remember forever.

We understand that there are certain expectations that episodes will be released at a similar cadence as previous Life is Strange games have. The ambition of Life is Strange 2, however, means that the previous frameworks no longer apply if we are to meet the quality of play and storytelling that our vision for a game like this demands and that you deserve.

With this in mind, we can now officially say that Episode 2 will be released in January 2019, but more will be unveiled in mid December, this year. We can’t wait to reveal more about ‘Episode 2: Rules’ to you soon! We’re truly very excited to show you what we’ve been working on and what’s in store for Sean and Daniel.”

Life is Strange: Episode 1 is available now for PlayStation 4, Xbox One, and PC.