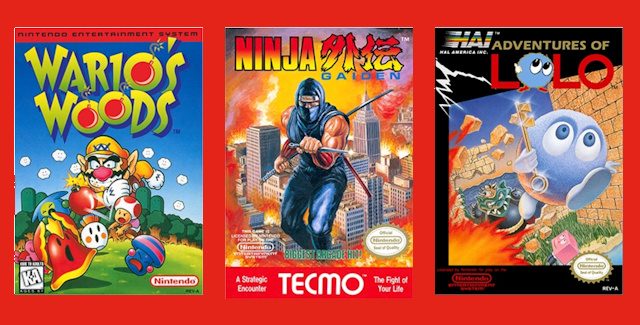 Nintendo has announced its lineup of free games for Nintendo Switch Online subscribers in December 2018. This month you get: Wario’s Woods, Ninja Gaiden, and Adventures of Lolo.

• Wario’s Woods
Remember Toad, our little mushroom friend who made his first appearance in Super Mario Bros. 2? Well, this time he is the star of the game! Control Toad as he scrambles along the bottom of the screen picking up monsters and bombs and arranging them vertically, horizontally, and diagonally to clear the screen of enemies. This game features four modes of play: basic, lesson, time race and two-player competitive. If you like puzzle games like Tetris and Dr. Mario, you will definitely love this one!

• Ninja Gaiden
Players take on the role of Ryu Hayabusa, a rising warrior in his family’s clan whose main role in the world is to protect the Dark Dragon Blade from falling into the hands of evil. Ryu travels to America to seek vengeance for his father’s death. Players fight their way through 14 challenging side-scrolling levels while defeating gangs of street thugs, battling evil ninjas and fighting barbarian bosses by using the deadly Dragon Sword, ninja skills and Ninpo (ninja magic). Players can run, crouch, jump and climb as they make their way through each stage and collect items to gain points, strength and weapons.

• Adventures of Lolo
This was the first game in the Eggerland puzzle series to be released in North America. After the love of his life, Lala, is kidnapped by the Great Devil and taken to his haunted castle, our hero Lolo sets out to rescue her. The journey is perilous, as the Great Devil’s fortress is guarded by a massive army. But Lolo has a few tricks up his sleeve, including a Magic Shot that turns enemies into eggs and an Emerald Framer that shields him from attacks. Combining clever environmental puzzles with tricky enemies and an engaging style, Adventures of Lolo is a true classic!