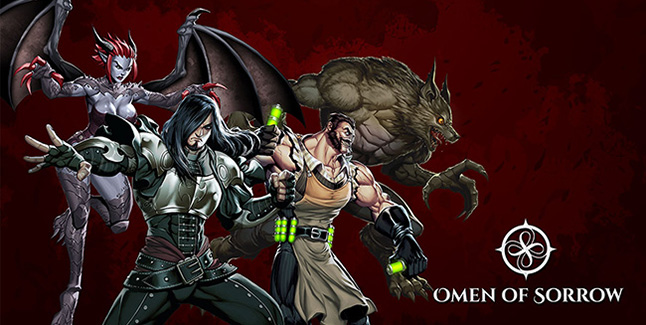 Check Out the Omen of Sorrow Launch Trailer:

Here is an overview of the game’s previously announced playable characters, via its official website:

• Adam – Looking to get his humanity back from the clutches of magic, Vladislav III placed his hopes on science and, among others, on a promising scientist by the name of Victor Frankenstein. With the Count’s strange request come strange questions, however, and the curious Frankenstein soon loses his mind to the occult. It’s from this unholy union between science and magic that Adam is born, at the cost of his father’s life. Today, Adam wanders Europe in search for someone who can bring him back.

• Caleb – No one knows for how long the mysterious Caleb has wandered the earth. Unlike other werewolves, Caleb seems reclusive and evasive, and has learned to isolate and manipulate his cursed blood in a way no other werewolf can. He avoids conflict and populated areas, but can often be found roaming abandoned churches, cemeteries and ghost towns.

• Dr. Jekyll – Realizing Dr. Jekyll—his human counterpart—intended to poison himself to prevent his body from being taken over, the conniving Mr. Hyde took the proper antidotes in advance. And so, as Jekyll poisoned himself, Hyde remained alive and free to take over their shared body. Now, as Dr. Hyde, he looks for the supernatural knowledge that will make sure he never has to worry about losing his body to Jekyll again.

• Gabriel – After losing his mother to a runaway monster, Gabriel has held a deep grudge against all supernatural creatures. His mysterious, supernatural heritage has granted him tremendous power, with which he has vowed to hunt down all monsters—if he can avoid losing control over his raging blood, and becoming one himself.

• Imhotep – The man known as Imhotep has been shambling towards Europe for decades, now. Regarded as a mad leper by the people around him, his confused warnings about invincible enemies and demands for worship are met with ridicule and disdain. He claims to have once been a god, but that he was betrayed, dismembered, and his parts spread across the world—and has thus spent millennia putting his body back together. Whether anyone believes these tales, is another matter.

• Radegonda – Adelheidi used to be a beautiful young woman, living peacefully with her family and future husband, when the Münster rebellion took everything from her. After surviving the horrors brought upon her life by the demented cult and the mysterious woman behind it, her strong desire for retribution channeled the magicks of chaos unleashed on the city—and transformed the sweet Adelheidi into the vengeful Radegonda.

• Quasimodo – Quasimodo was born deformed and abandoned as a baby. Falling in love with the beautiful Esmeralda, he protected her from his mentor Frollo as the latter grew mad and obsessed with the “Book of Tears” she had been secretly tasked to protect. As a last request before her hanging, she asks the love-struck Quasimodo to carry on with her mission. Hidden in his tower ever since, and with nothing but time and books, Quasimodo has taught himself rudimentary engineering and other crafts—as a way to keep his sanity, fix his body, and better fulfill his promise to Esmeralda.

• Zafkiel – After arriving on earth 250 years ago, Zafkiel lost all communication with her forbearers. Tasked with protecting the world from chaos, but alone in her quest for order, she enlists Gabriel to help with her mission—not just to help him hone and control his incredible powers, but also to uncover the mystery behind his seemingly angelic lineage.

• Vladislav III – Vlad was born with a strange, debilitating blood disease. Desperate for restoring the health of their Heir, his father’s Order of the Dragon—tasked with the protection of Christendom through the sealing of magical artifacts—disobeyed their own edicts and used The Book of Tears in an attempt to cure him, cursing him with eternal life and turning him into a monster instead. Vlad has lived many lives under many names, as he looks for a way to restore his humanity.

Here’s OOmen of Sorrow gallery. Click on any of these image thumbnails to see the full-size screens: 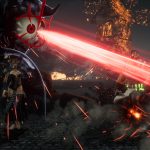 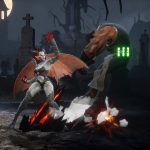 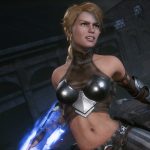 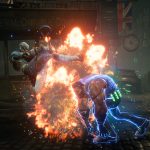 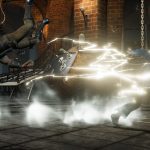 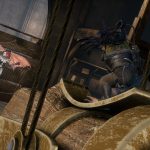 Over at the PlayStation Blog, AOne Games co-founder Sebastian Gana detailed the game’s characters, modes, and more ahead of the game’s impending launch.