Home » News » Nintendo Switch News » Diablo 3 for Switch Gets Its Own amiibo: The Loot Goblin

Diablo 3 for Switch Gets Its Own amiibo: The Loot Goblin 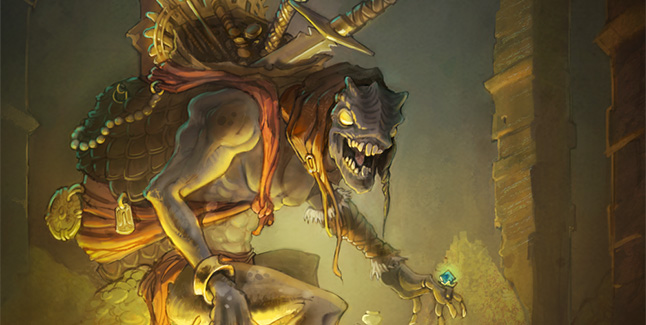 Blizzard and Nintendo are teaming up for a new amiibo that’s compatible with Diablo 3: Eternal Collection, which comes to Nintendo Switch this week. On Twitter, Blizzard revealed the Loot Goblin amiibo, which is coming this December exclusively to GameStop for $15.99.

Here’s a look at the Diablo 3 Loot Goblin amiibo and its packaging: 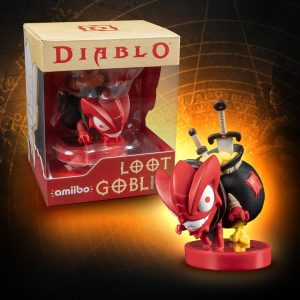 It’s not exactly clear what the Loot Goblin amiibo does just yet. The amiibo’s description at GameStop.com says that it “opens up a portal in game” and promises that more details will follow. In Diablo 3, treasure goblins will randomly appear in the world, dropping gold and other items (gems, crafting materials), depending on the type of goblin. Those goblins will open up portals to escape from the player if they don’t kill him in time. One type of goblin opens a portal that players can enter to access a secret area.

Diablo fans will likely notice that the Loot Goblin amiibo appears to be a repaint of the Cute But Deadly brand Treasure Goblin vinyl toy released in 2016, only with a new amiibo-style base.

BlizzCon 2018 kicks off Friday, November 2, and we expect some type of Diablo-related news at the show. Perhaps we’ll get more details on what the Loot Goblin amiibo will do as well.