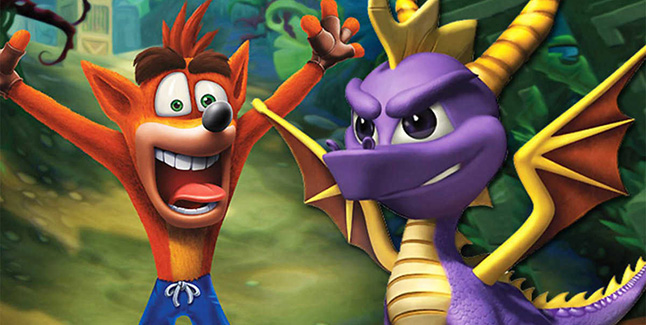 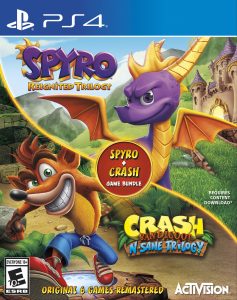 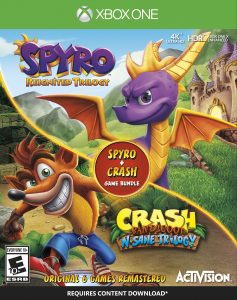 Here is Wal-Mart’s description of the bundle:

Your favorite Dragon and Bandicoot are back! With the Spyro + Crash Remastered Game Bundle, you get two fully remastered trilogies, the Spyro Reignited Trilogy and the Crash Bandicoot N. Sane Trilogy, for a total of six iconic games.

• Rekindle the fire with the original three Spyro games: Spyro the Dragon, Spyro 2: Ripto’s Rage!, and Spyro: Year of the Dragon.

Crash Bandicoot N. Sane Trilogy is available now for PlayStation 4, Xbox One, Switch, and PC. Spyro Reignited Trilogy, as previously stated, is due out on November 13 for PlayStation 4 and Xbox One.